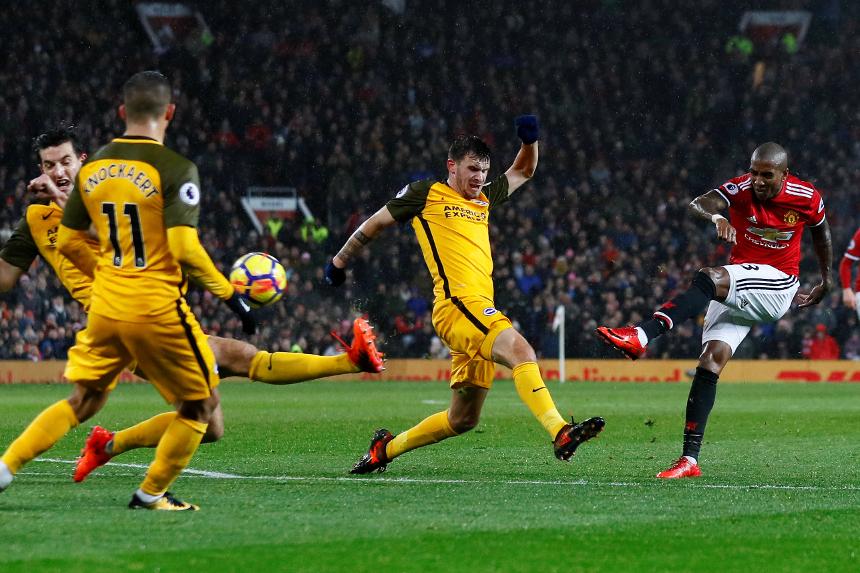 Young’s drive from the edge of the area hit the Brighton defender and looped over goalkeeper Mat Ryan for the only goal in the 66th minute.

Ryan had kept Brighton in the match right on half-time with a double save from Romelu Lukaku and Paul Pogba.