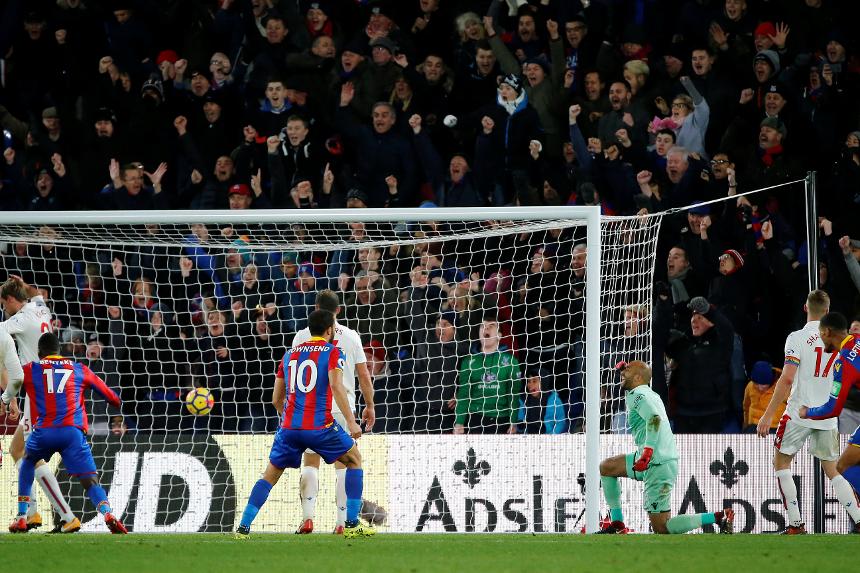 Mamadou Sakho scored deep into stoppage time to give Crystal Palace only their second victory of the season, beating Stoke City 2-1.

Palace had turned the match around after Xherdan Shaqiri had put Stoke ahead with a solo effort eight minutes into the second half.

Ryan Shawcross nearly restored Stoke's lead before Sakho had the final say, pouncing after Yohan Cabaye’s shot had rebounded off a post.

The win stretched Palace’s unbeaten home run to four matches and moved them to within three points of safety.