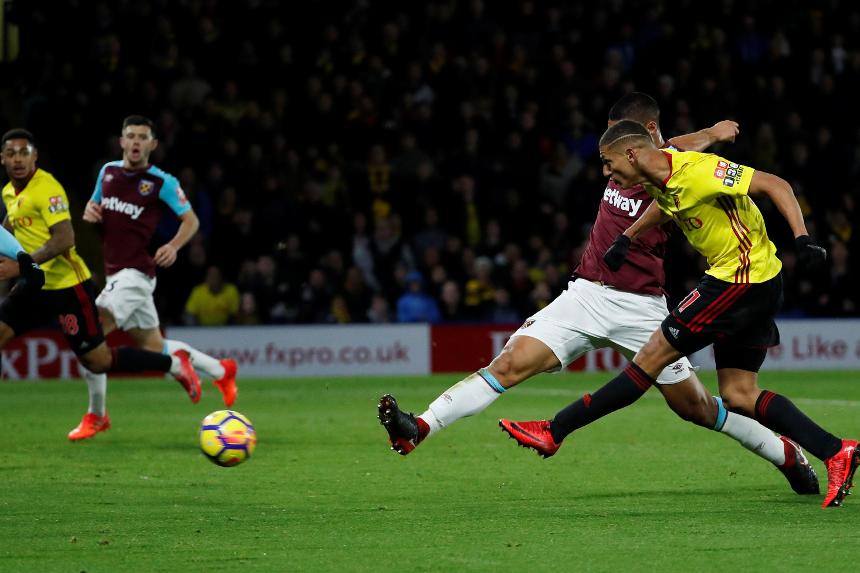 David Moyes's first match in charge of West Ham United ended in defeat as Will Hughes and Richarlison gave Watford a 2-0 victory at Vicarage Road.

Hughes scored with his first Premier League shot to put Watford ahead on 11 minutes while Hornets goalkeeper Heurelho Gomes denied Cheikhou Kouyate and then produced a superb double save to thwart Marko Arnautovic.

Kouyate fired over at the start of the second half but Watford doubled their lead on 64 minutes when Richarlison finished a counter-attack.

The visitors went close to pulling a goal back but Manuel Lanzini's shot was cleared off the line by Christian Kabasele as Watford ended a run of three straight defeats.

The Hornets move up to eighth place while Moyes's side remain in the bottom three with nine points from their first 12 matches.