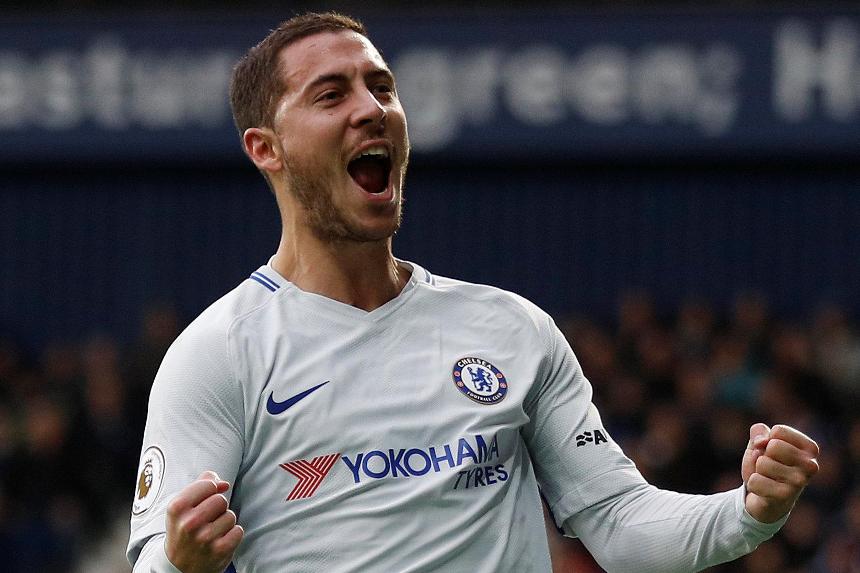 The Blues went ahead on 17 minutes when Hazard's shot was parried by Ben Foster for Alvaro Morata to score his eighth goal of the season.

It was 2-0 on 23 minutes when Morata turned provider, flicking the ball to Hazard who rounded Foster to finish.

Fabregas then provided his second assist of the match, and 110th of his PL career, playing in Hazard to make it 4-0 on 62 minutes.

The win sends Chelsea up to third in the table. West Brom are 17th.