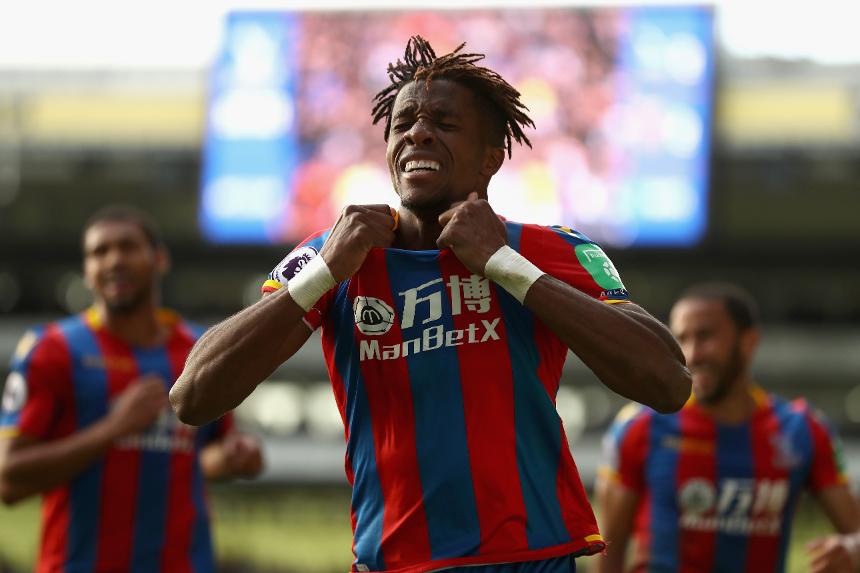 Not for the first time this season Wilfried Zaha (£6.8m) struck a vital late goal for Crystal Palace but his Fantasy Premier League owners failed to see the winger's heroics rewarded with bonus points.

There are several reasons, the first being Zaha’s new role in a front two with Andros Townsend (£5.7m).

Forwards tend to enjoy fewer touches than midfielders and wingers, restricting the number of passes they attempt.

Players need to make at least 30 passes to qualify for two, four or six points in the FPL Bonus Points System (BPS), based on their pass completion percentage.

So, despite his stoppage-time equaliser in the 2-2 draw with West Ham United, Zaha only completed 16 passes in the match. That was only six fewer than his total against Chelsea in Gameweek 8, when he scored the winner.

These low totals accounted for his missing out on points in the BPS.

Playing as a winger last season, Zaha was making a pass every 4.1 minutes. This has declined to every 5.3 minutes over his last three matches as a striker.

More significantly, despite his change in role, Zaha continues to run at opponents.

This can earn Zaha recognition in the BPS through successful dribbles – players receive a point for each one completed.

But they also lose a point in the BPS when tackled or dispossessed and Zaha suffers heavily in this respect.

He was tackled nine times by West Ham players, while also losing out in the BPS for two fouls and for being caught offside twice. Against Chelsea he was tackled six times.

This is a familiar issue when considering Zaha as an FPL option. He was tackled more than any other player last season, losing 239 points in the BPS.

Classed as a midfielder, Zaha also scores 18 points in the BPS for each goal.

So, it seems Zaha’s FPL output will largely rely on points from goals and assists.

But given his current form, with two goals in three starts since returning from injury, and with kind fixtures to come, he can still deliver exceptional FPL value.