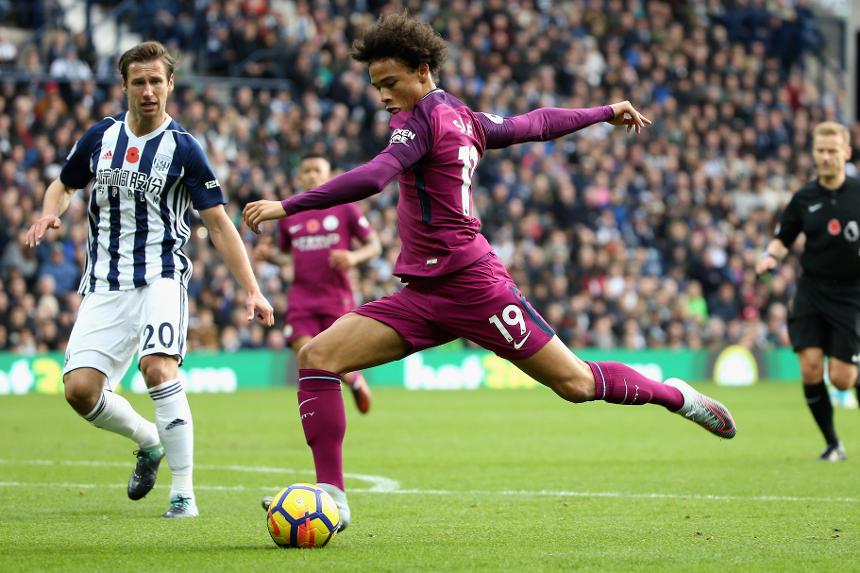 The winger’s 12 points in Manchester City’'s win at West Bromwich Albion moves him to 71, eight points ahead of the Tottenham Hotspur striker.

Sane has become the next of Pep Guardiola’s players to dominate the FPL transfer market, having picked up 127,000+ new owners since Saturday’s deadline.

Sergio Aguero (£11.8m) was the most-bought player for Gameweek 10, with Raheem Sterling (£8.2m) the top target the week before.

But they both started on the bench at The Hawthorns, with Sterling being omitted from the starting XI for a second successive Gameweek.

That highlights how difficult it has become to predict the Man City line-ups.

Sane has started each of the last five Gameweeks and eight of the last nine in all competitions.

This perhaps suggests a starting role for the visit of Arsenal in Gameweek 11.

Guardiola’s teamsheet for the UEFA Champions League meeting with Napoli on Wednesday will offer further clues.

If Aguero fails to score in Italy, the striker would seem set to earn a recall for Gameweek 11.

The Argentinian needs only one more goal to break the club’s all-time scoring record. Guardiola could be keen to offer Aguero that opportunity at the Etihad Stadium.

Gabriel Jesus (£10.6m), who has returned a single point in each of his last two Gameweeks, may then make way.

He was dropped to the bench in Gameweek 9, with Guardiola perhaps intent on rotating Jesus and Aguero as his two central-striker options.

That promotes investment in Sane and patience with both Sterling and David Silva (£8.5m).

More than 35,000 of those have moved to Sane, despite Silva having started every Gameweek, playing more minutes than any midfield team-mate.