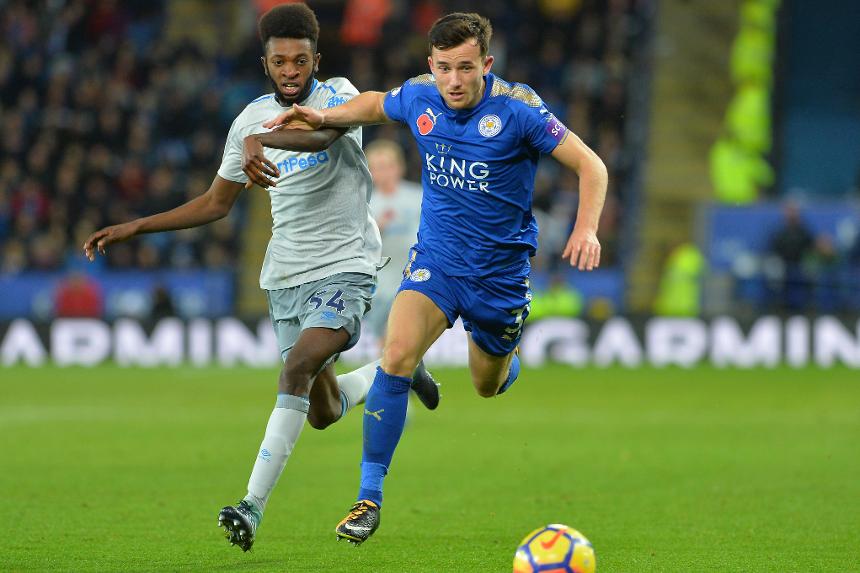 Claude Puel’s team selection in his first match in charge, together with an impressive performance in the 2-0 win over Everton, have put FPL managers on alert.

Mahrez crossed for Vardy to score the opening goal on Sunday. Vardy has now scored in three of his last four home appearances and continues to push for the third striker role in FPL line-ups.

While Vardy is part of 14.6% of squads, Mahrez remains largely overlooked with an ownership of just 4.3%.

The Algerian excelled in a new No 10 role in Sunday's victory.

Mahrez has a goal and three assists in the last three Gameweeks and also scored in the midweek Carabao Cup win over Leeds United.

Full-back Ben Chilwell (£4.3m) was deployed on the left wing in advance of Christian Fuchs (£4.9m), with midfielder Marc Albrighton (£5.5m) dropping to the bench.

Chilwell (pictured top) benefited from the Foxes’ third clean sheet of the season and could emerge as their top defensive target if he can cement a starting berth.

Demarai Gray (£5.3m) put in an eye-catching performance in only his second start of the campaign.

Puel used the winger in the right-flank role vacated by Mahrez.

He was instrumental in the first goal and scored the second to pick up two bonus points and 10 points overall.

Along with the proven talents of Mahrez and Vardy, Gray and Chilwell could offer outstanding FPL value if Puel can build on Sunday’s performance.