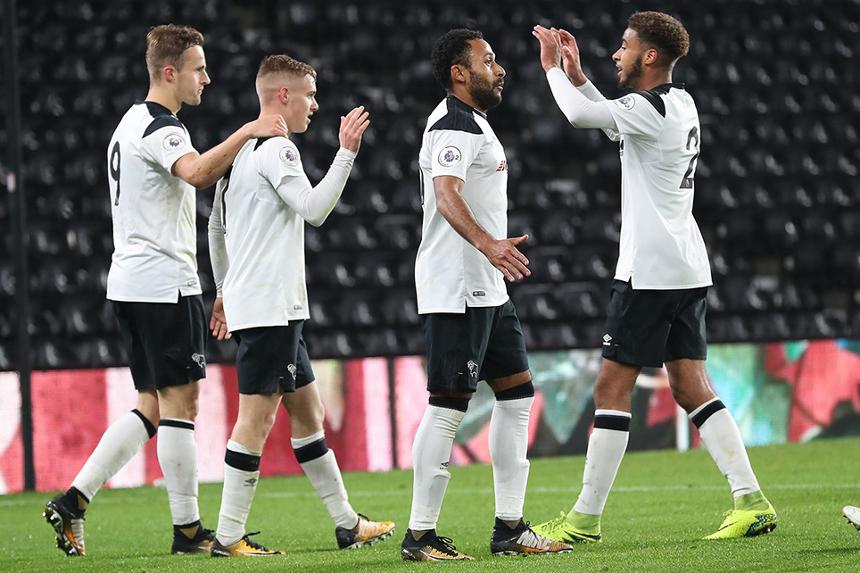 An own goal gave Derby County a perfect start to their Premier League International Cup campaign as they claimed a 1-0 win over German side Wolfsburg at Pride Park.

The German side dominated possession in the early stages and Marvin Stefaniak forced a fine save from Derby goalkeeper Jonathan Mitchell with 10 minutes gone.

Charles Vernam had the hosts' best chance in the first half after a well-worked move.

Both sides went close to going ahead after the interval but it was the Rams who took the lead when Wolfsburg defender Dominik Franke turned Luke Thomas's left-wing cross into his own net.