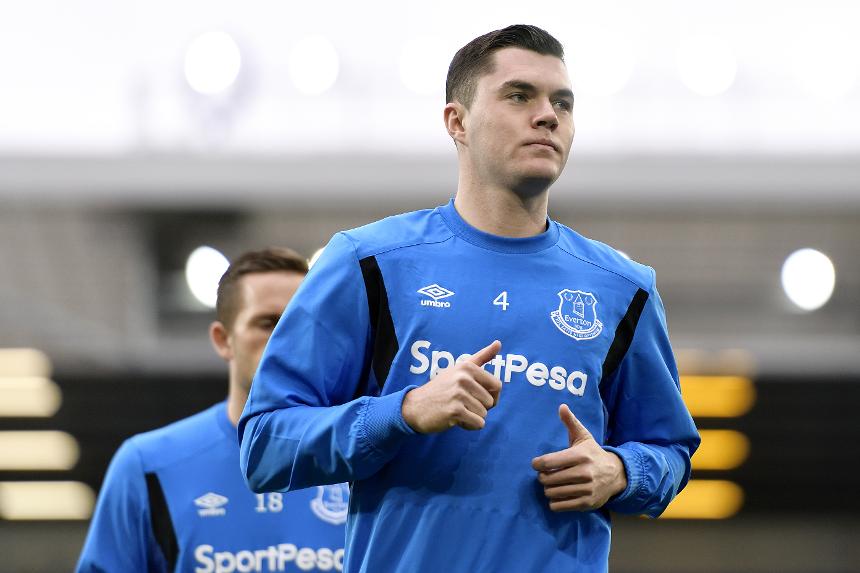 Everton defender Michael Keane (foot) has trained and should be available along with Wayne Rooney, Leighton Baines and Phil Jagielka, all of whom were rested in the UEFA Europa League.

Cuco Martina is expected to miss a couple of weeks after suffering a nasty fall against Lyon on Thursday night.

Watford's Sebastian Prodl and Younes Kaboul are back in training after hamstring injuries but the defenders are not yet ready to return.

Roberto Pereyra (also hamstring) is out, as are Nathaniel Chalobah, Isaac Success, Craig Cathcart (all knee) and Troy Deeney (suspension).

Everton have lost only one of their eight Premier League meetings with Watford (W5 D2), that defeat coming at Vicarage Road last season.

Watford have won only one point from their 10 previous league visits to Goodison Park (W0 D1 L9).

Watford's Richarlison has had more touches in the opposition box than any other PL player this season (74).

David Unsworth: "Sunday is a massive game for the club. It's a great opportunity to get back to winning ways."

See: Latest on Keane and Martina