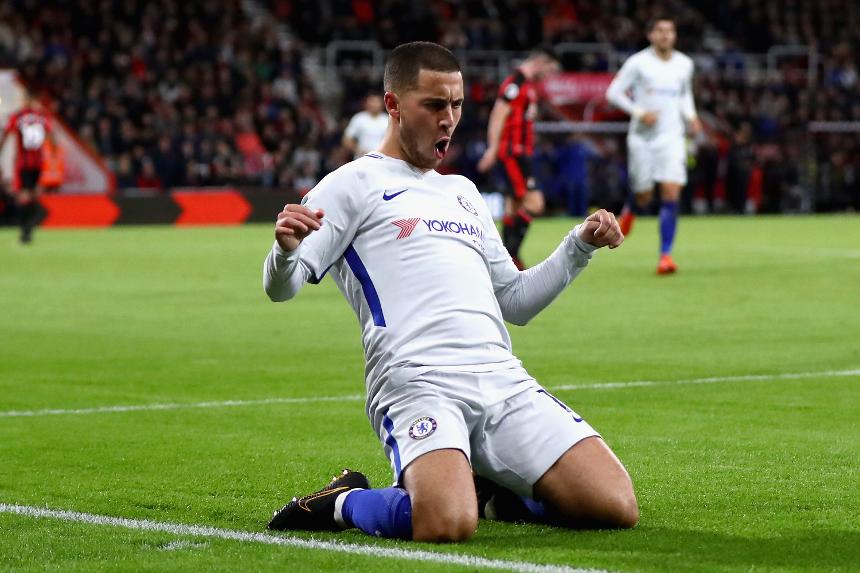 Eden Hazard scored his first Premier League goal of the season to give Chelsea a 1-0 victory at AFC Bournemouth.

The Belgian playmaker fired inside the near post on 51 minutes as the Blues sealed their second straight League victory.

Alvaro Morata could have put Chelsea ahead in the first half but he placed wide when he had only goalkeeper Asmir Begovic to beat.

The home side struggled to create clear-cut chances but Jordon Ibe had a shot deflected over the bar and in stoppage time Steve Cook fired straight at Thibaut Courtois.

Chelsea remain in fourth place, one point behind Tottenham Hotspur in third, while the Cherries are still in the bottom three with seven points from their opening 10 matches.