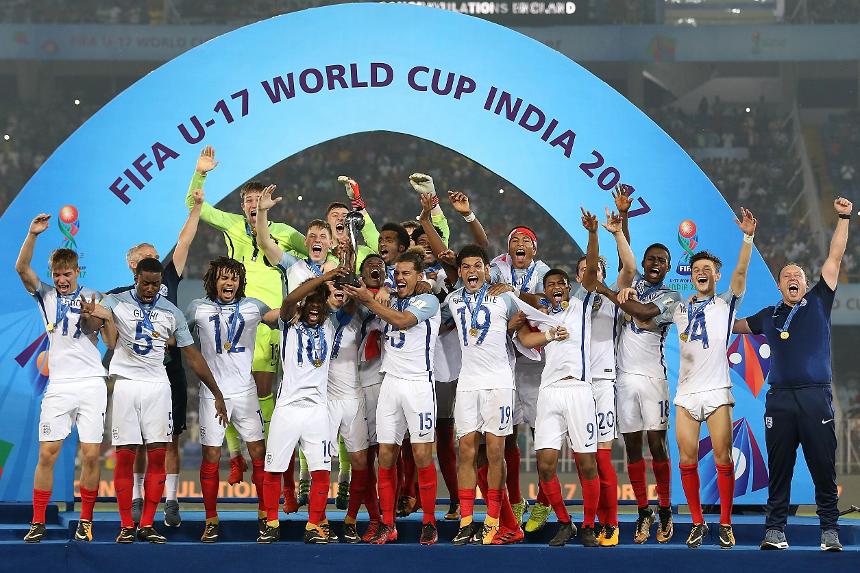 Who are England stars who won U17 World Cup?

Manchester City midfielder Phil Foden scored twice as England fought back to beat Spain 5-2 and claim the FIFA Under-17 World Cup for the first time.

England, who had not gone further than the last eight in the competition before, were 2-0 down after 31 minutes in Kolkata, India after a brace from Barcelona's Sergio Gomez.

But Rhian Brewster pulled a goal back, a tournament-leading eighth for the Liverpool forward, just before half-time.

Foden completed the scoring with a smart finish from a counter-attack.

The triumph completes an impressive summer for England's Academy talents, after England claimed the FIFA Under-20 World Cup in South Korea in June.