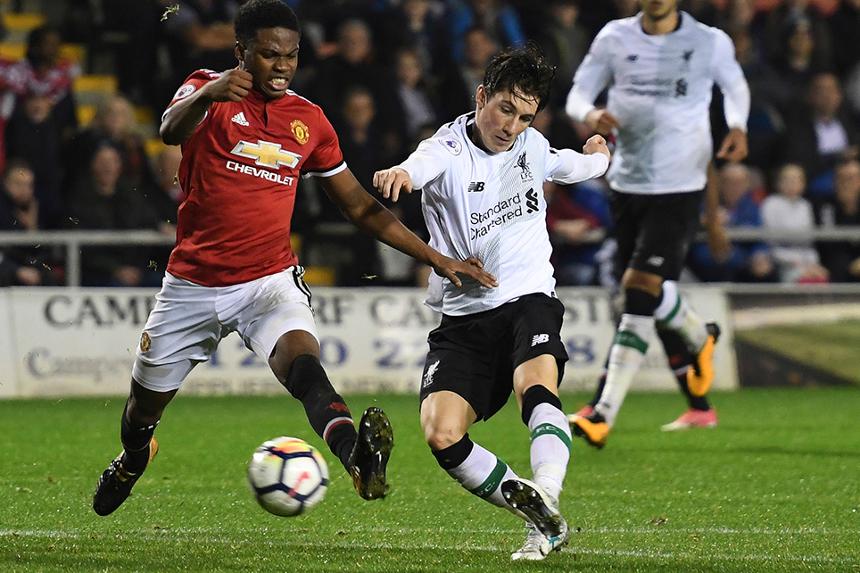 Liverpool moved five points clear of Everton at the top of Division 1 after a 3-1 win over bottom club Manchester United in front of a crowd of 4,557 at Leigh Sports Village.

A strong Liverpool side, including Danny Ings, Trent Alexander-Arnold, Marko Grujic and Jon Flanagan, went ahead in the 14th minute through Ovie Ejaria.

Joshua Bohui set up James Wilson to equalise for United on the hour mark, but Grujic quickly restored Liverpool's lead by heading in Ben Woodburn's corner.

Harry Wilson wrapped up their seventh win in eight matches with a fierce shot.

The first of #LFCU23s' three goals in their #PL2 clash with Manchester United last night...