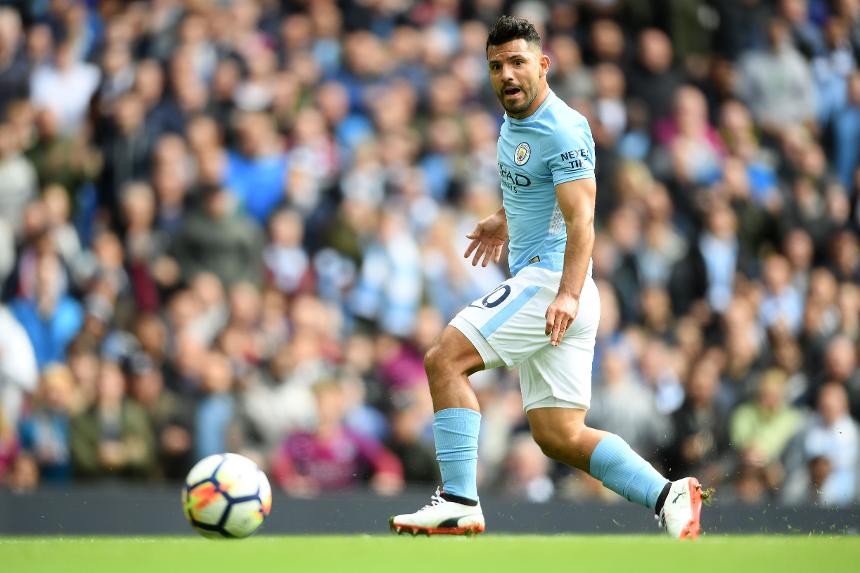 Sergio Aguero (£11.5m) is back in the reckoning as a Fantasy Premier League captain for Gameweek 9.

The striker has been an unused substitute in each of Manchester City’s last two matches across all competitions, but could return to the starting XI for the visit of Burnley.

Aguero has provided 40 points in his last three Gameweek appearances and needs one more goal to equal the club’s all-time scoring record.

Another factor that could tempt managers is that he scored three of his side’s four PL goals against the Clarets last season.

But there are other candidates for the armband from Man City, who have scored 17 goals in their last three matches at the Etihad Stadium

Sterling has more goals (six) than any FPL midfielder, while Jesus has returned six goals and an assist in his previous five fixtures.

Both also found the net in the midweek UEFA Champions League win over Napoli.

Alvaro Morata (£10.2m) recovered from a hamstring injury to start for Chelsea against Roma on Wednesday and enter the thoughts of many managers.

The striker faces a Watford side who have conceded 10 goals in the past four Gameweeks and has six goals and two assists in seven appearances, earning double-digits on two occasions at Stamford Bridge.

His team-mate Eden Hazard (£10.6m) is another option, after he scored twice against Roma. Hazard also scored more goals at home (12) than any FPL midfielder last season.

Will Lukaku return to No 1?

Romelu Lukaku (£11.8m) visits a Huddersfield Town side who lost 4-0 to Tottenham Hotspur in their previous home match.

The Manchester United forward was the top captain choice for FPL managers in the first seven Gameweeks but dropped to second last weekend.

Lukaku has scored seven goals in eight appearances but his top score in away matches is just seven points.

The No 1 captain choice for Gameweek 8, Harry Kane (£12.8m), has failed to score in all four Premier League appearances at Wembley Stadium.

But he ranks top among all players for shots (28) and shots inside the box (18) at home ahead of a visit from Liverpool.

Christian Eriksen (£9.7m), the top-scoring player in FPL, could also profit against a defence that has conceded 11 goals in four away matches.

For a differential option, Tammy Abraham (£5.7m) fits the bill.

The Swansea City striker scored twice at home to Huddersfield in Gameweek 8 and has returned 21 points in his last two appearances at the Liberty Stadium.

Abraham is set to face a Leicester City side who have earned only two points from four away matches, conceding seven goals, and will be under the management of Michael Appleton, after Craig Shakespeare’s departure.

See: The Scout's GW9 Ones to watch