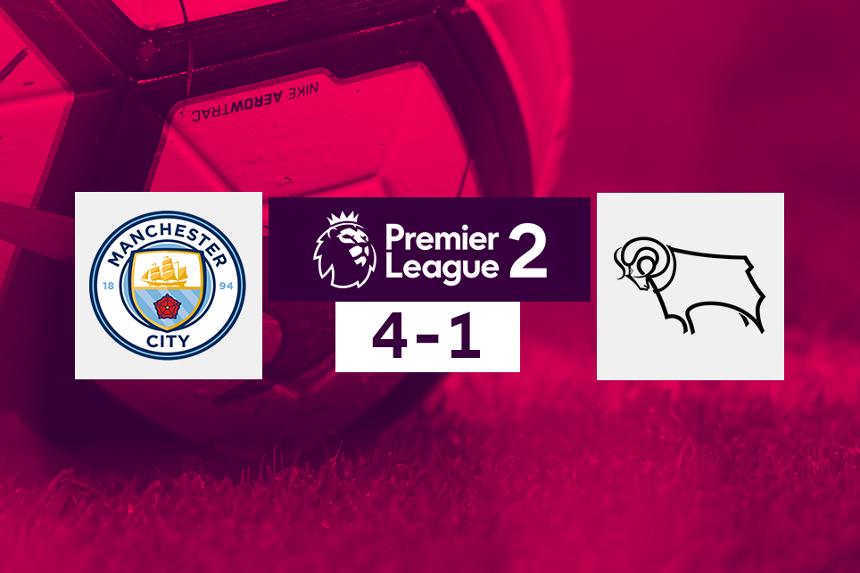 Substitute striker Lukas Nmecha scored a hat-trick as Manchester City moved up to sixth in Division 1 with a 4-1 win over Derby County.

Man City went ahead on 22 minutes when Brahim Diaz set up Benjamin Garre to score.

Nmecha opened his account two minutes after coming on. The 18-year-old won and converted a penalty before making it 3-0 with a cool finish 10 minutes later.

The hat-trick was completed with a fine close-range strike before Emil Ris Jakobsen scored a stoppage-time consolation for Derby, who on Monday ended leaders Liverpool's perfect start to the season.

Man City move above Derby on goal difference and are next in action at West Ham United on 28 October. The Rams host Tottenham Hotspur a day prior.