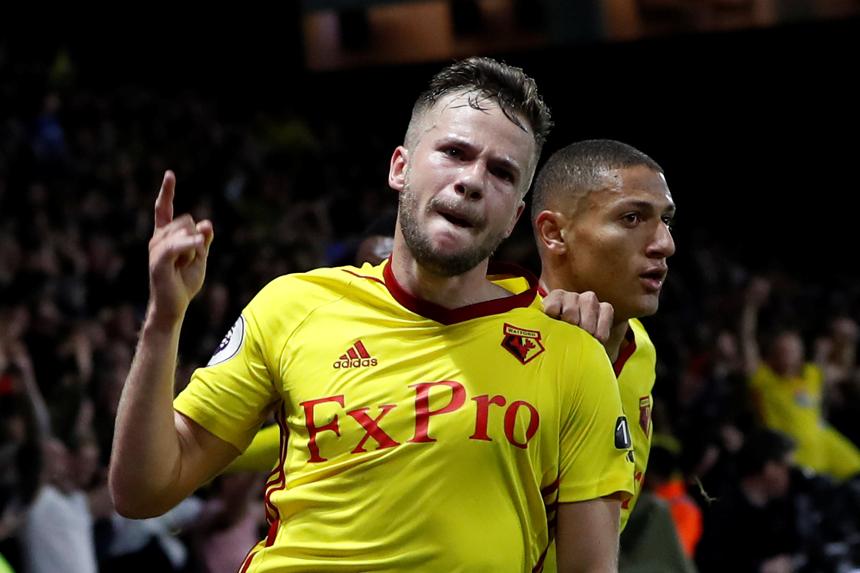 ‘It was a wake-up call, but not loud enough’ External Link

Tom Cleverley struck in stoppage time to give Watford a 2-1 win over Arsenal, their first home victory over the Gunners in 30 years.

Per Mertesacker gave Arsenal the lead on 39 minutes, heading in Granit Xhaka’s corner for his first goal in 1,400 days.

Watford raised the pressure after the break and less than a minute after Heurelho Gomes had saved from Mesut Ozil, Watford had a penalty.

Richarlison was fouled by Hector Bellerin and Troy Deeney scored his first goal of the season from the spot, minutes after being brought on.

Etienne Capoue nearly made it 2-1 on 83 minutes when his shot hit Mertesacker and rebounded off a post.

But Cleverley converted after a goalmouth scramble to earn the three points that send Watford up to fourth and drop Arsenal to sixth.