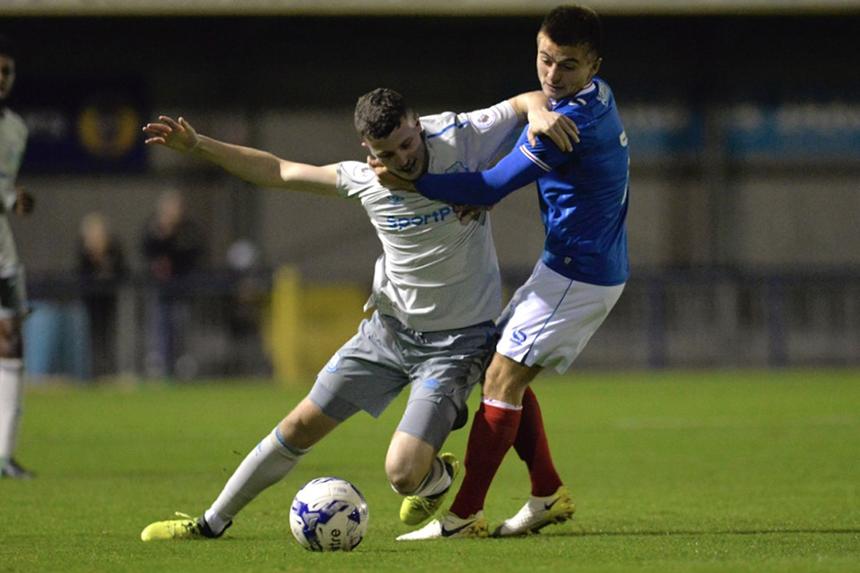 Substitute Shayne Lavery scored in the 87th minute as Everton opened their Premier League Cup Group F campaign with a 2-1 win over Portsmouth at Havant.

But Pompey hit back almost immediately when Theo Widdrington converted a penalty after Nathan Markelo had fouled Dan Smith.

Lavery won the tie after another Garbutt cross was headed into his path by fellow substitute Antony Evans.

In their next PL Cup fixture, Portsmouth visit Leicester City on Monday 13 November.

Everton will be back in Premier League 2 action on Friday 13 October, when they play Manchester City at the City Football Academy.