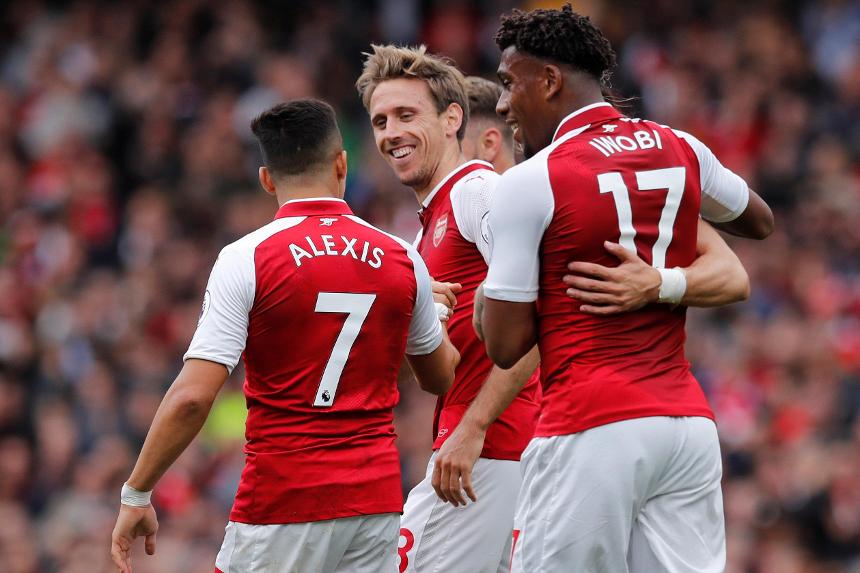 Reviewing GW7 bonus points, The Scout explains why Spaniard is popular and how Ben Davies and Richarlison lost out

‘Alexis’ assist was a thing of beauty’ External Link

Nacho Monreal (£5.4m) has emerged as the top Fantasy Premier League target in Arsenal’s defence after scoring on Sunday and claiming bonus points yet again.

The Spaniard picked up three bonus points after his first Premier League goal since March 2013 in the 2-0 win over Brighton & Hove Albion.

He has helped the Arsenal defence to four successive clean sheets and picked up bonus points each time.

While wing-backs Hector Bellerin (£5.9m) and Sead Kolasinac (£6.0m) offer more attacking potential, Monreal has caught the eye the most.

He has made more clearances, blocks and interceptions (50), more recoveries (45) and won more tackles (19) than any other Arsenal defender.

His 15-point return has attracted 33,000+ new owners, making Monreal the third most popular defensive signing in the Gameweek.

But Kolasinac should not be overlooked.

He has produced seven key passes and three big chances and with two assists he is scoring in the Bonus Points System (BPS) at a faster rate than Monreal.

Arsenal defenders in the BPS

Stephen Ward (£4.6m) is level with Monreal in the defender standings after maximum bonus points at Everton.

The Burnley left-back provided a first assist of the season to score 40 in the BPS as well as two key passes and two open-play crosses.

Ward has produced 23 crosses from open play this season, creating seven chances – both 2017/18 highs for Burnley.

He has also earned bonus points after each of Burnley's three clean sheets this term.

Kieran Trippier (£5.4m) surpassed Ben Davies (£5.8m) in the BPS in Gameweek 7, despite the latter scoring at Huddersfield Town.

The Tottenham Hotspur wing-backs scored 48 and 45 in the BPS respectively.

Trippier made seven recoveries to Davies’s one and produced three key passes to the Welshman’s two.

Crucially, one Trippier pass was deemed a big chance created, earning him three in the BPS.