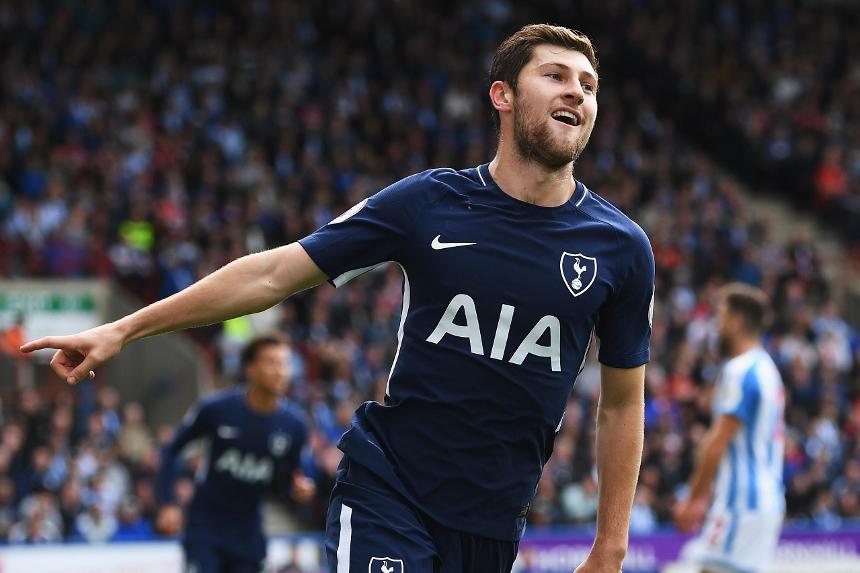 As managers continue to focus on pricey strikers, The Scout explains why now more than ever before we should pay attention to the back

Defences continue to be overlooked as managers try to fit three big-name strikers into their squads. But one player is showing there are big points to be found at the back, if you know where to look.

That player is Ben Davies (£5.8m), who is top of the defender standings after Gameweek 7.

The Tottenham Hotspur wing-back produced a Gameweek-high 16 points at Huddersfield Town. It was his third double-figure return of the season.

Amazingly, Davies has already scored more goals this season (two) than in the previous three combined (one).

And with three assists already, he has also matched last season's tally from 17 fewer appearances.

But why is he being so productive?

Playing at left wing-back has given Davies a more advanced starting position and increased his influence in the final third.

His average touches in the penalty area are up to 2.3 per appearance this season, compared to 1.0 last.

He is also creating a chance on average every 33 minutes, compared with 61.3 minutes last term.

Despite all the talk being about star striker Harry Kane (£12.7m), Davies has scored or assisted 38.5% of Spurs’ goals when playing. That figure was just 8.5% last term.

Davies is second only to Kane for transfers in following Saturday’s haul, claiming 83,000+ new owners.

But managers should beware. A tough schedule awaits.

Spurs soon face back-to-back UEFA Champions League ties with Real Madrid. They are followed by fixtures with Liverpool, Manchester United and Arsenal in their next five Gameweeks.

While Davies may miss matches due to rotation over that spell, he is just one of many defenders, such as Nacho Monreal (£5.4m) and Nicolas Otamendi £5.7m, offering outstanding value in Fantasy Premier League.

Managers should note that defences are currently on top.

If they can keep it up, defences could be where mini-leagues are won.