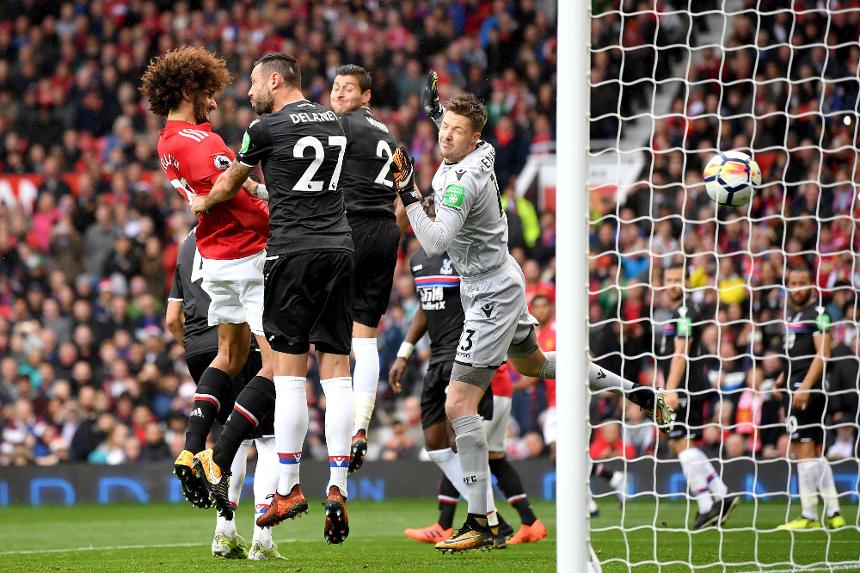 Marouane Felliani scored twice as Manchester United continued their impressive run of form with a 4-0 victory over Crystal Palace at Old Trafford.

Juan Mata got United off to a great start, marking his 200th Premier League appearance with a goal in the third minute from Marcus Rashford's cross.

Fellaini's first strike came on 35 minutes, as he prodded home Ashley Young's cross at the far post, and he got his second just after the break, heading a Rashford free-kick past Wayne Hennessey.

Romelu Lukaku added a fourth for United in the closing stages, equalling Andy Cole's record of seven goals in his first seven PL matches for the club.

The result took United to the top of the table with 19 points, before Manchester City overtook them, while Crystal Palace stay rooted at the bottom with zero points and no goals.