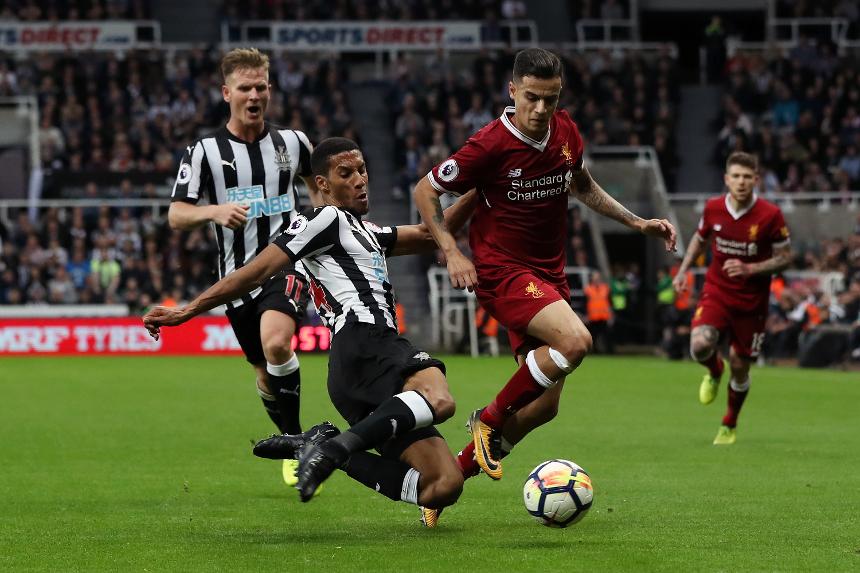 Liverpool fell behind the clubs above them as they were held 1-1 by Newcastle United.

Newcastle levelled seven minutes later when Jonjo Shelvey played in Joselu, who scored when Joel Matip’s tackle deflected off him into the net.

After the break, Daniel Sturridge and Mohamed Salah failed to punish Ciaran Clark’s miskick, while Shelvey cleared Dejan Lovren’s header off the line.

In stoppage time, Newcastle substitute Mohamed Diame had a chance to score the winner, but his close-range shot deflected into the arms of Simon Mignolet.

Liverpool fall to seventh, while Newcastle rise to ninth.