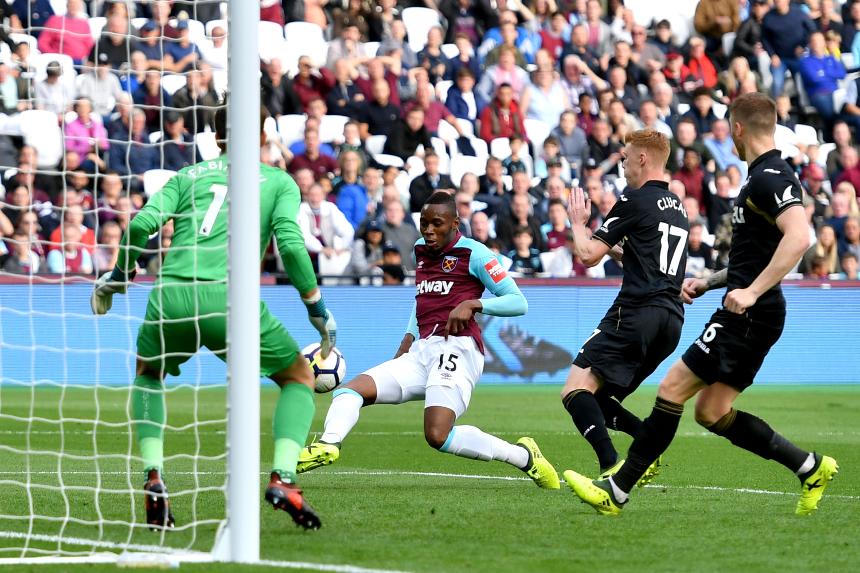 Diafra Sakho scored a last-minute goal as West Ham United moved out of the bottom three with a 1-0 victory against Swansea City.

The Senegalese striker smashed home fellow substitute Arthur Masuaku’s cross to give West Ham their second win of the season.

There were few chances at London Stadium and the match appeared to be heading for a stalemate, especially when Andy Carroll's late shot came back off the crossbar.

But a double substitution from Slaven Bilic proved a masterstroke as Masuaku and Sakho combined in the final minute.

The defeat leaves Swansea without a win in September as Paul Clement's side slip into the Premier League's bottom three.