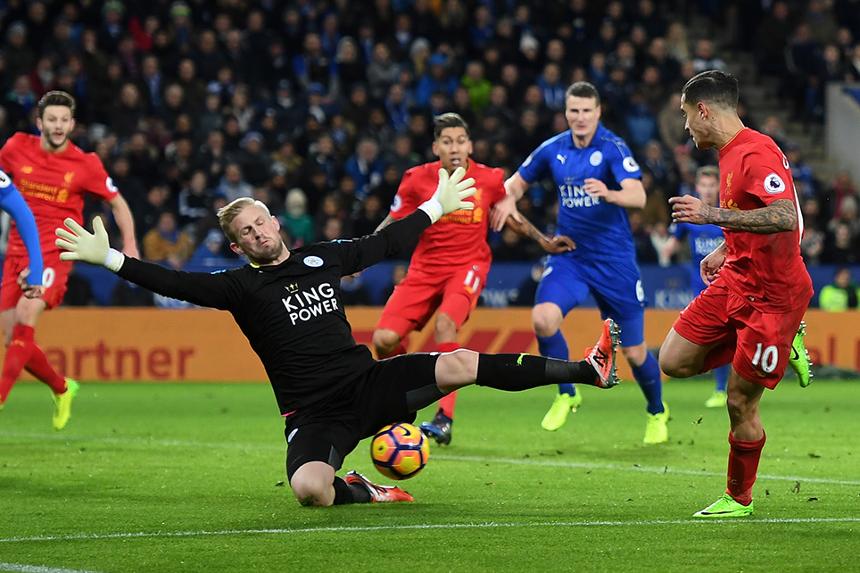 Leicester City's Kasper Schmeichel is relishing the challenge of facing Liverpool's "formidable front line" for the second time in four days, but is expecting a reaction after the Reds' cup defeat.

Liverpool lost 2-0 in their Carabao Cup tie at the King Power Stadium and the Foxes can earn three successive Premier League home victories against them for the first time on Saturday.

But Leicester goalkeeper Schmeichel says manager Jurgen Klopp will have the visitors fired up.

"We can expect a reaction from Liverpool," Schmeichel told LCFC TV. "Liverpool are a top side and if you look at their front line, it's formidable. It's very fluid and fast.