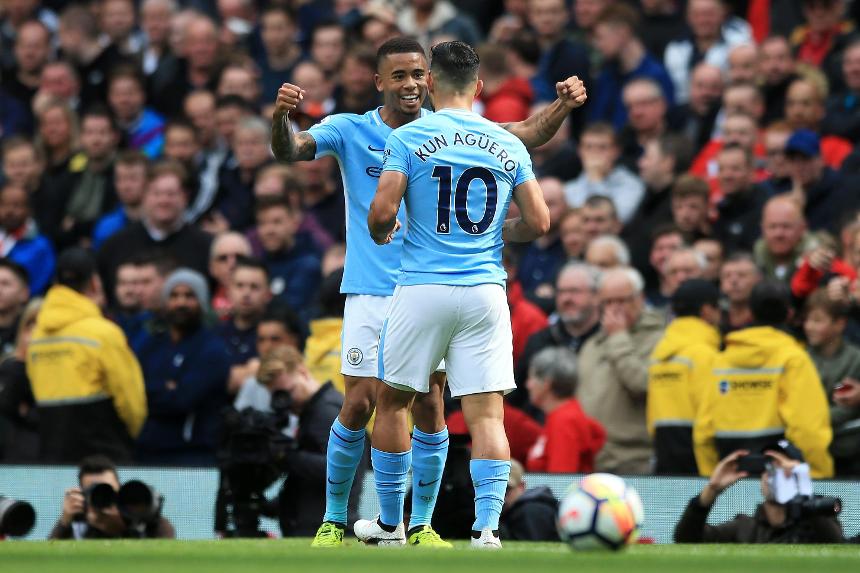 Man City pair have the two best minutes-per-goal ratios in PL history, but one strike force can rival them

While the days of traditional Premier League strike partnerships may be largely behind us, Sergio Aguero and Gabriel Jesus's most recent showing for Manchester City against Watford could spark a resurgence of two-man attacks.

Aguero netted a hat-trick, his sixth for the club, while Jesus also scored in the 6-0 win at Vicarage Road to make it nine goals between the pair with just five matches of 2017/18 gone.

The free-scoring Man City forwards have the two best minutes-per-goal ratios of all players to have scored at least 10 times in the competition's history.

Jesus averages a goal every 89 minutes, while Aguero's ratio is one every 108 minutes.

Despite their impressive record, Aguero and Jesus are only second on the list when it comes to goals scored since the Brazilian’s PL debut in January 2017.

Should Jesus and Aguero keep up their rate of scoring, starting against Crystal Palace at home on Saturday, they could become only the third pair of team-mates to both hit more than 20 goals in a 38-match season.