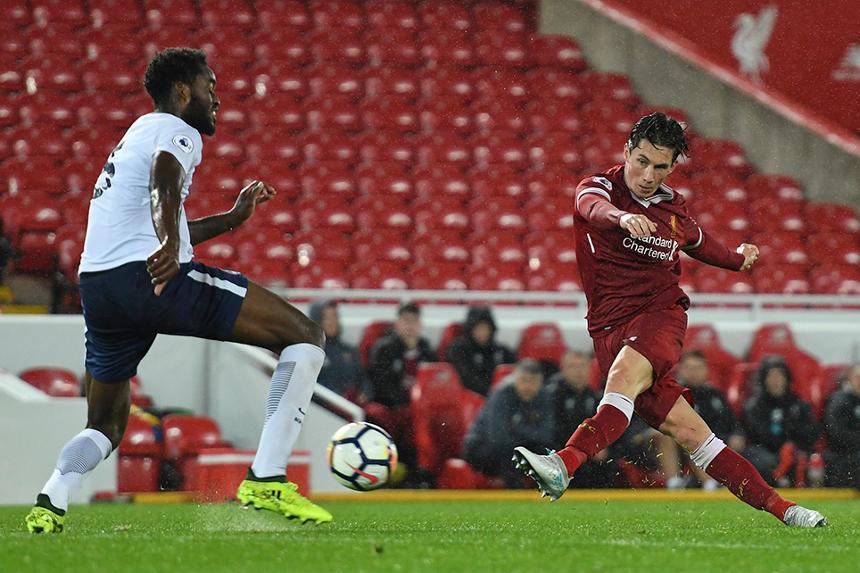 Harry Wilson's hat-trick inspired a 4-2 victory for Liverpool over Tottenham Hotspur, as they earned their sixth successive victory at the start of the Division 1 campaign.

Wilson's looping header and a close-range finish from Lazar Markovic's pass put the Reds 2-0 up, before Marcus Edwards and Christian Maghoma scored to level for the visitors at Anfield.

But Wilson scored his third just before half-time and 17-year-old Rhian Brewster wrapped up the win with a brilliant lob after the break.