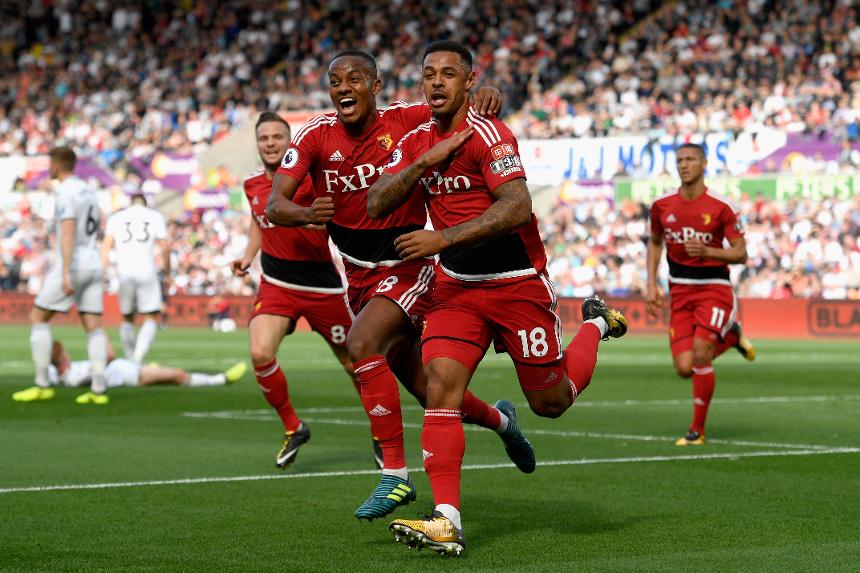 Richarlison scored a late goal as Watford maintained their 100% away record at the expense of Swansea City.

Andre Gray gave the Hornets an early lead with his first goal for the club after the ball deflected into his path off Swansea's Sam Clucas.

Swansea failed to have a shot in the first half but a double substitution paid dividends.

One of the replacements, Tammy Abraham, equalised when he slammed home a rebound after Heurelho Gomes failed to hold a shot from Wilfried Bony.

Richarlison hit the winner after Roque Mesa lost possession, allowing him to run through, beat Lukasz Fabianski and make it three wins from three matches on the road for Watford.

The victory lifts the Hornets to sixth place ahead of Newcastle United's trip to Brighton & Hove Albion on Sunday. Swansea are 14th.