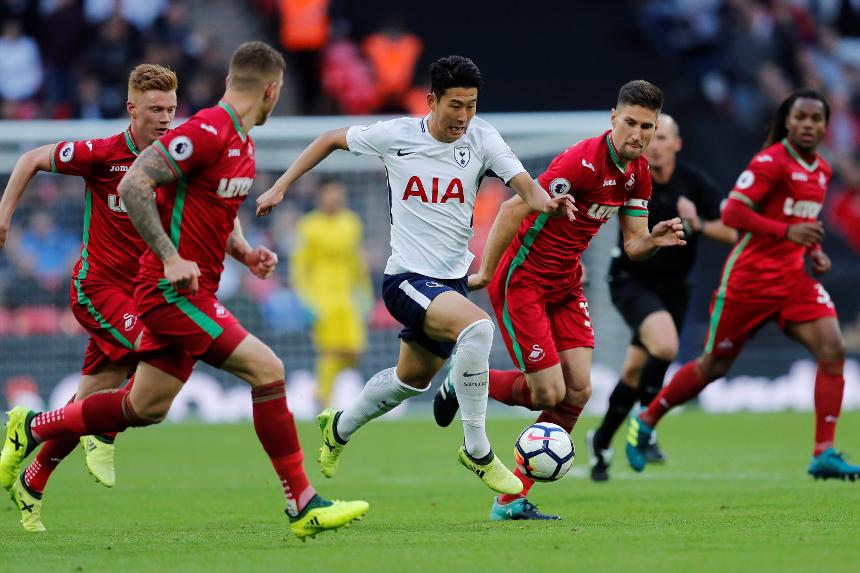 Swansea City made Tottenham Hotspur wait for their first Premier League win at Wembley Stadium with an excellent defensive display in a goalless draw.

Spurs spent much of the match deep in Swansea's half, particularly in the second period, but Harry Kane hit the crossbar with their best chance as the visitors claimed a point.

Kane tested Swansea goalkeeper Lukasz Fabianski with a stinging 40-yard free-kick and Son Heung-min hit the side netting in the opening period.

After the break, Kane hit the bar following Fabianski's save from Son. Kane and Kieran Trippier both fired narrowly wide late on as the hosts piled on the pressure.

The draw leaves Spurs in fifth place with eight points, three points above the Swans.