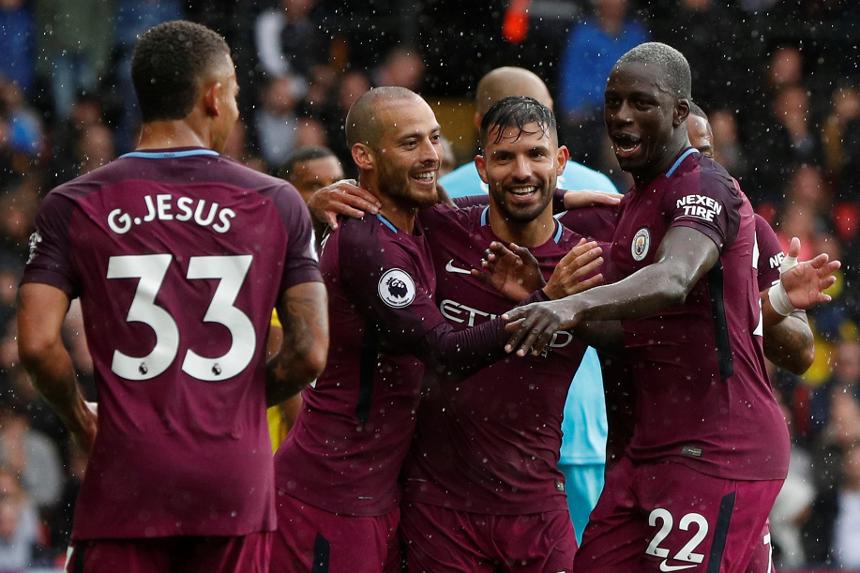 Sergio Aguero was involved in four goals as Manchester City extended their unbeaten start and ended Watford's run without defeat.

The striker scored his sixth Premier League hat-trick and assisted another goal in a 6-0 win that takes Pep Guardiola's side top of the table.

Aguero opened the scoring on 27 minutes when he headed in Kevin De Bruyne's free-kick to score in an eighth consecutive away start.

The striker then converted David Silva's cross from close range before passing for Gabriel Jesus to make it 3-0 by half-time.

After the break, Nicolas Otamendi scored from another Silva assist, Aguero added his third with a fine dribble and finish, while Raheem Sterling won and scored a penalty to cap a dominant win.