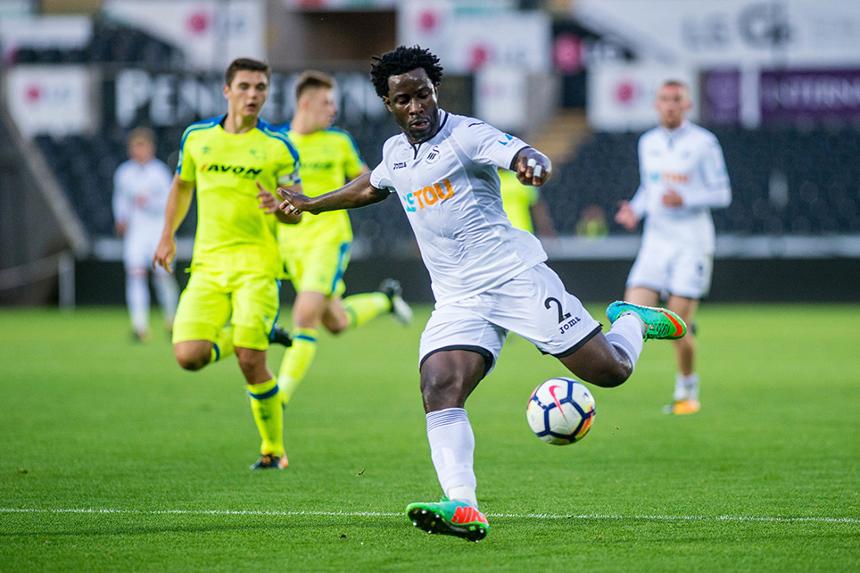 'We have brought a very good player back' External Link

Wilfried Bony scored the first goal of his second spell with Swansea City as they beat Derby County 5-2 in their Premier League 2 Division 1 match at the Liberty Stadium.

The striker opened his account in the 18th minute by converting a cross from Oli McBurnie, who doubled the lead himself from close range before Luciano Narsingh quickly hit the third.

Luke Thomas gave the Rams hope with a reply before half-time and Joe Bateman headed in a 74th minute corner to set up an exciting finish.

But last season's Division 2 champions Swansea were not to be denied their first Division 1 win and McBurnie headed in an 88th minute free-kick before substitute Kenji Gorre made sure in stoppage time.

The win took Swansea up to seventh ahead of their trip to face Tottenham Hotspur at Stevenage on Monday 18 September. Derby, who drop into the bottom two, are at home to Everton on the same night.