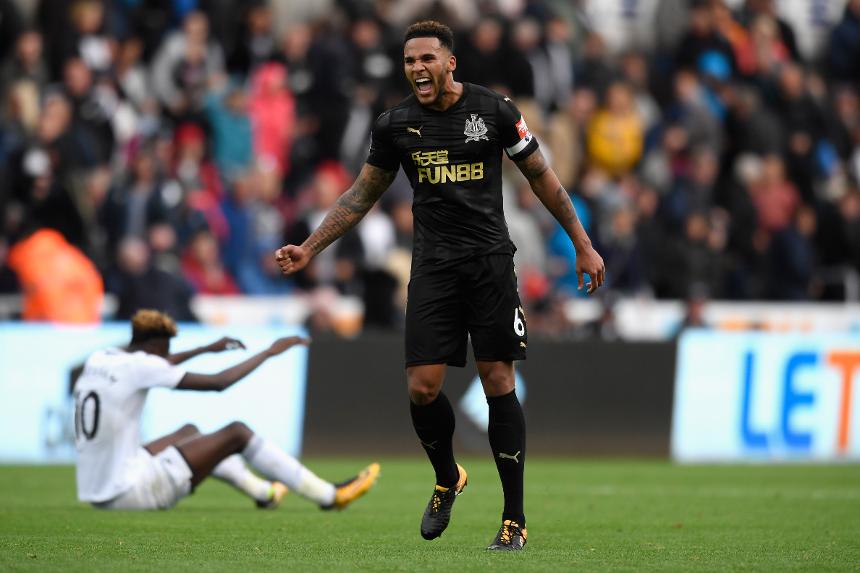 Jamaal Lascelles was the hero at both ends as Newcastle United claimed a 1-0 victory at Swansea City.

The 23-year-old captain produced a stunning clearance on the goalline to stop Tammy Abraham's effort on the hour mark and 16 minutes later he rose highest to powerfully head home Matt Ritchie's corner.

The home side did have a great opportunity to take the lead only for Alfie Mawson to put his header just wide.

The Magpies are in 10th place after two wins in two matches, Swansea are in 15th place, four points off the bottom three.