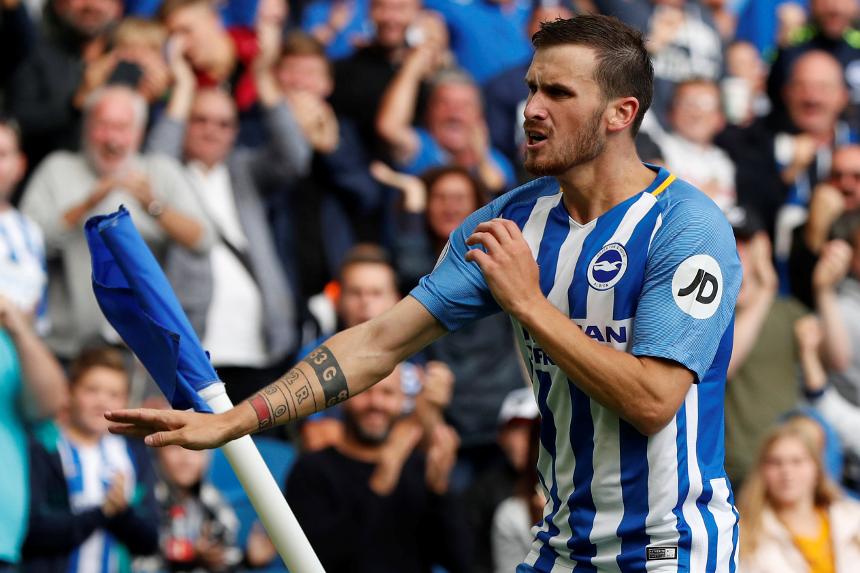 The German scored Brighton’s first top-flight goal since 1983, latching on to Solly March’s cross at the far post in the last action of the first half.

The 26-year-old summer signing soon turned provider to enable Tomer Hemed to head in a third.

A close-range James Morrison strike could not spark a comeback from Tony Pulis’s side, who drop to eighth.

Brighton climb to 13th with four points from as many matches.