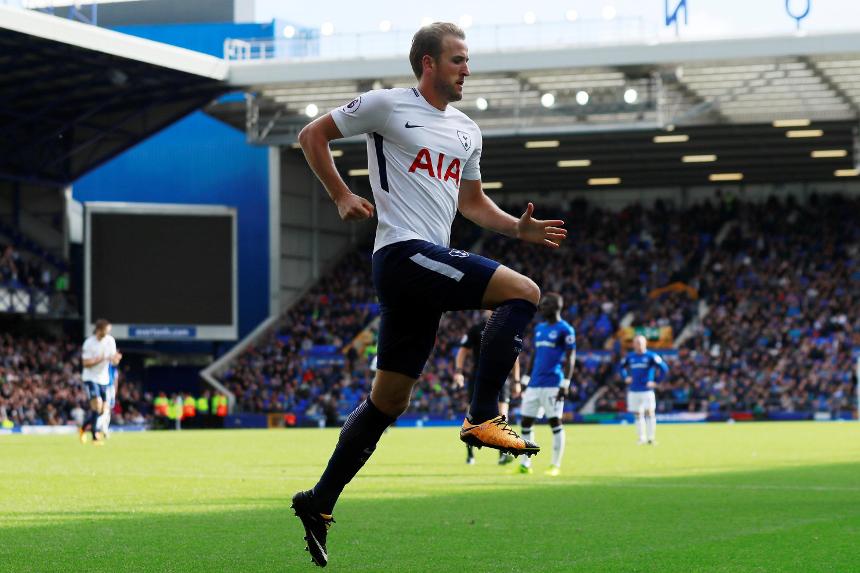 Harry Kane’s 100th goal for Tottenham Hotspur helped them to a dominant 3-0 victory at Everton.

The striker claimed his first of the season on 28 minutes, his suprise effort from wide right looping over Jordan Pickford.

Spurs took control just before half-time when Christian Eriksen fired a second on the rebound from Ben Davies's shot.

Kane added his second less than a minute after the break, neatly turning in a Davies cross to send Everton to a 10th Premier League match without a win against Spurs.

Mauricio Pochettino’s side climb to fifth, while Everton are 15th.