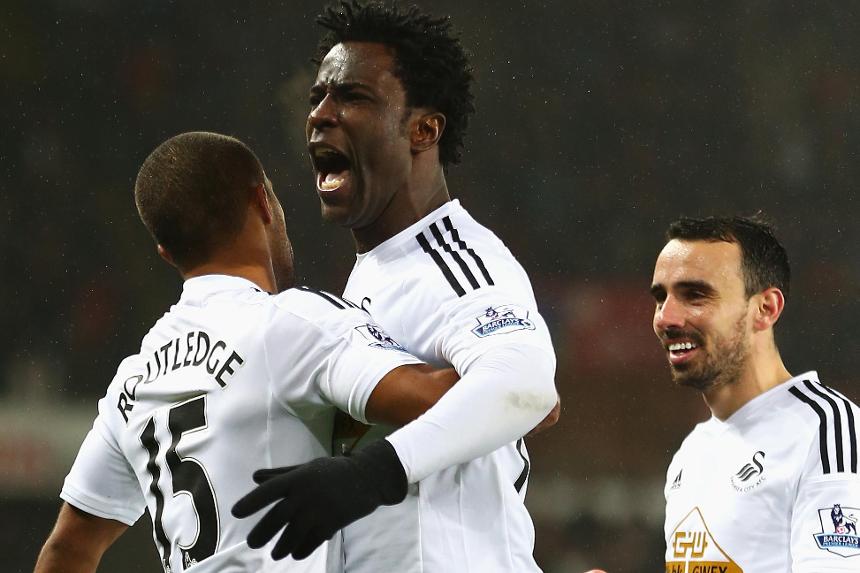 Bony: This is my garden External Link

Wilfried Bony is happy to be back on familiar ground after returning Swansea City on a two-year deal on Deadline Day.

The 28-year-old striker scored 34 goals in 70 Premier League matches for Swansea before joining Manchester City in January 2015 but never forgot the Swans support.

"I remember the game when I scored against Swansea for Manchester City at the Liberty," Bony told swanseacity.com. "The Swansea supporters applauded me, even though I scored for the opposition.

"I came off the bench and I told Ashley Williams that I would score if I get a chance. He asked why and I told him, 'This is my garden'.

"The fans were very good to me, and I can't wait to be back with them again."

Bony could make his second debut for Swansea when they host Newcastle United on Sunday 10 September.

See: Bony on how family influenced his decision