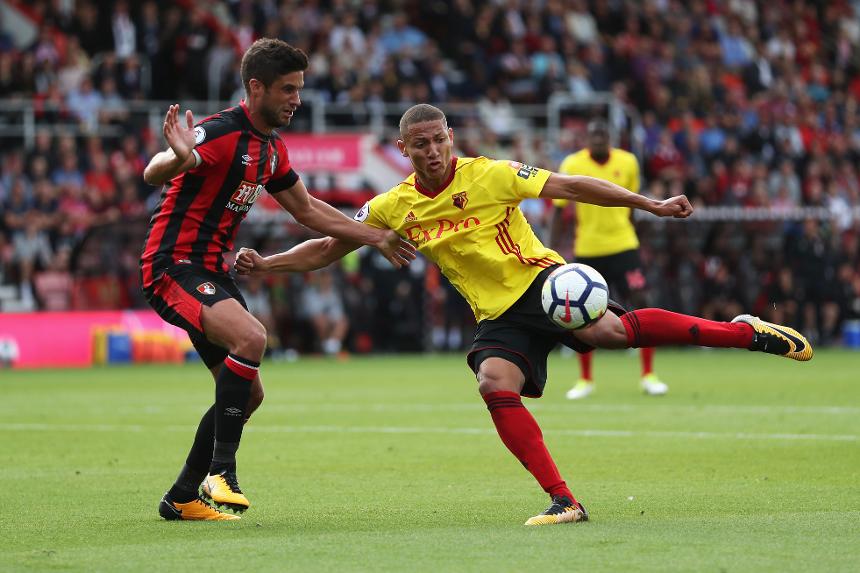 Adrian Clarke picks out three summer signings who have got off to a flyer in the Premier League, continuing with Richarlison.

Eyebrows were raised when Watford agreed to sign 20-year-old Richarlison from Fluminense, but the initial signs suggest that Marco Silva has pulled off a smart piece of business.

Playing on the left of a front three, the two-footed Brazilian has added pace, trickery and a goal threat to Watford.

On his debut against Liverpool he came on as a substitute after 49 minutes and registered a fantastic 45 sprints before the final whistle.

He also topped Watford's sprint charts against Brighton & Hove Albion with 67 in Matchweek 3.

Slimly built with a long stride, Richarlison is also pretty quick, and has a top speed of 32.95km/h, a figure bettered at Vicarage Road only by Andre Carrillo and Kiko Femenia.

His willingness to run into space, or with the ball at his feet, has put opponents on the back foot.

As he showed frequently in the 2-0 Matchweek 2 win at AFC Bournemouth, scoring once, he is a winger who is happy to drive inside and act as a secondary striker whenever the side need it.

At Vitality Stadium, Richarlison registered six efforts on goal, of which two on target, as well as creating four goalscoring opportunities.

The rookie also ranks fifth in the PL for most shots attempted (11) this term.

Silva has recruited a forward hungry to make an impact inside the final third.

However, the Brazil Under-20 international does give the ball away quite often.

Always trying to find the forward pass, he isn't someone who is happy to take the safe option and this will perhaps make him a frustrating player to watch on occasion.

For a natural wide man Richarlison is not a prolific crosser either. To date he has whipped just four crosses into the penalty area.

The Brazilian does have one bonus trait, however, and it appears Watford are keen to exploit it this season: a wonderful leap.

No winger in the PL has won more headers than Richarlison, who is adept at rising high to make knockdowns inside, or on, for team-mates.

When the goalkeeper or a central defender is looking to go long with an aerial diagonal, they will often aim for the Brazilian's head.

Watch out for his aerial prowess the longer this season goes on. He could turn out to be a threat inside the penalty area as well as outside.