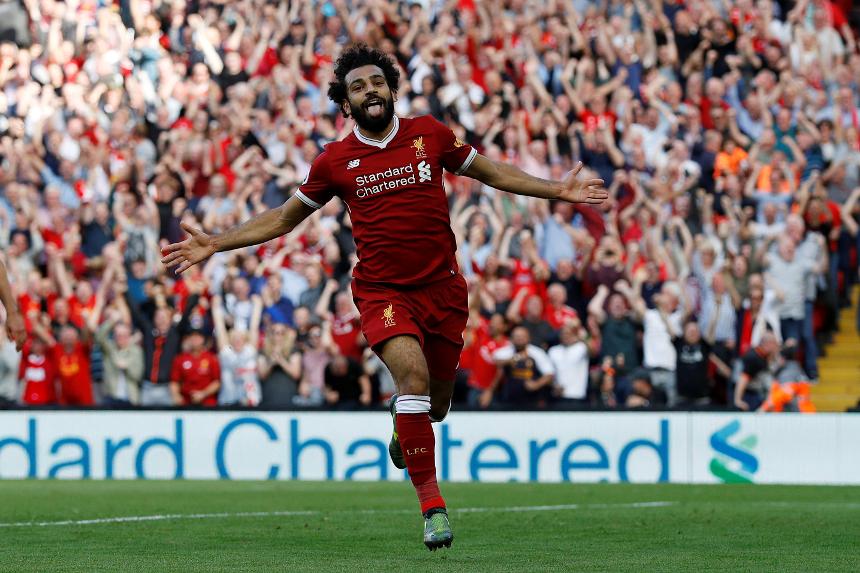 Tactics expert Adrian Clarke picks out three summer signings who have got off to a flyer in the Premier League, starting with Liverpool's Mohamed Salah.

Two starts: two goals, one assist. Salah has hit the ground running in a Liverpool shirt.

What Jurgen Klopp's side have missed in guile from the absent Philippe Coutinho this term, they have gained in pace and incision from the 25-year-old Egypt winger recruited from Roma.

To be frank, there are not many frills about the way the Egyptian plays.

He works hard, closes down full-backs, and looks to sprint in behind them whenever an opportunity presents itself.

This energetic and direct style, which fits in beautifully with Liverpool's pressing game and counter attacking prowess, also has a knack of putting Salah into positions where he is able to shoot on goal.

When this happens he does not need a second invitation to have a go.

As it stands, Salah has attempted the third-highest number of shots in the Premier League, and, interestingly, has tested goalkeepers more often than anybody else.

Bursting into space, usually from the right of the penalty area, he is a regular goal threat.

Salah's shots so far this season

He will track back when necessary but it is his willingness to engage opposition defenders, stealing the ball away that catches the eye.

He dispossessed Hector Bellerin with a determined press for his goal at home to Arsenal, and also came close to scoring after robbing Nacho Monreal in similar fashion around the halfway line.

At Watford he made 73, and in his only other start, against Arsenal he charted 72. No one else in the Liverpool line-up came close to those numbers.

In essence Salah is quite a straightforward player.

He isn't heavily involved in the team's passing moves, he doesn't have a bag of tricks in his make-up, and doesn't deliver very many crosses either - only two so far, one of which was tucked home by Daniel Sturridge.

However, when it comes to making well-timed runs in beyond his markers, he is absolutely outstanding, and a difficult man to catch.

With Sadio Mane switching to the left, and Salah primarily operating on the right, Liverpool boast two fleet-footed forwards who are incredibly penetrative. There's a lovely balance to the way the side can attack.

Each winger looks at their best during counter-attacks, but if opponents drop deep they also have the quality with both feet to hurt them in different ways.

Salah will be the bane of many full-backs' lives during 2016/17. He looks ready to take the Premier League by storm.