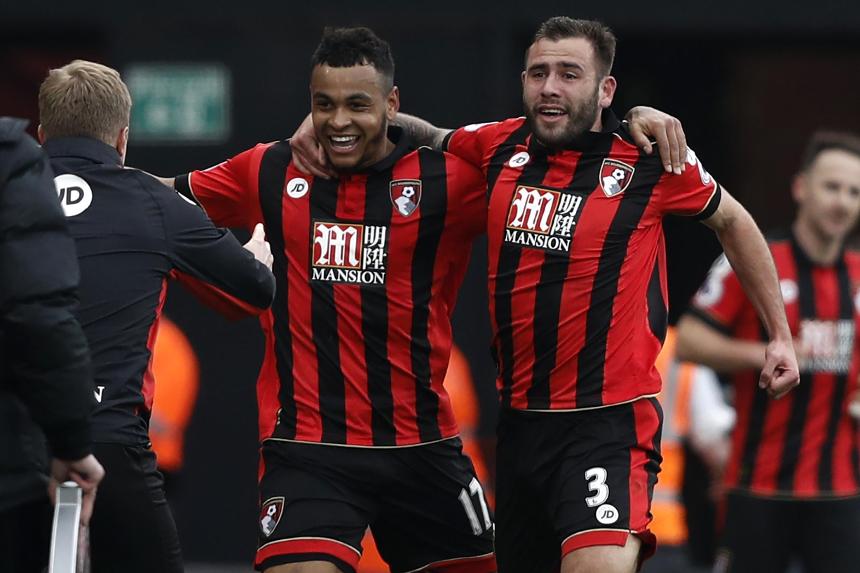 King: This was always my aim External Link

Joshua King has praised the impact that Eddie Howe has had on his career after signing a new four-year deal at AFC Bournemouth.

King became only the second Norwegian player to reach 16 goals in a Premier League season in 2016/17 and puts his fine form down to feeling right at home on the south coast.

"The manager's been brilliant with me since the day I set foot at the training ground," King, who joined the Cherries from Blackburn Rovers in 2015, told afcb.co.uk.

"He's been honest in working with me, on and off the pitch and I felt like this was home after a year and I still feel the same.

"You're allowed to dream but you have to take things step-by-step. Two years ago if you had asked anyone outside this club whether Bournemouth could finish ninth I bet you 99.9% would have said we couldn't. But if you asked the gaffer and all the players here we would probably have said yes."

🙌 So, we can officially confirm it...

This man is staying! 🔥#afcb 🍒 pic.twitter.com/uinZvL6h5T

See: How King aims to improve this season