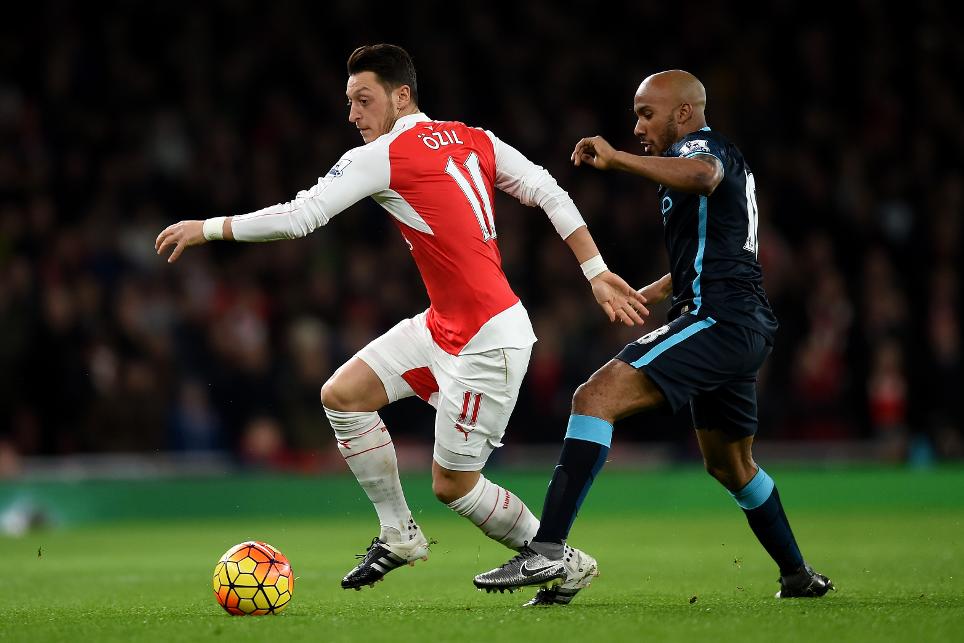 Mesut Ozil helped ensure Arsenal finished second in the 2015/16 Barclays Premier League by recording his 19th assist of the season in a 4-0 defeat of Aston Villa.

In doing so, the playmaker jumped above Frank Lampard and Cesc Fabregas, both of whom reached the 18-mark in 2004/05 and 2014/15 respectively.

The only BPL player to have bettered Ozil's feat is Arsenal legend Thierry Henry, who set up 20 goals for his team-mates in 2002/03.

Ozil was hoping to trump Henry's unbeaten record but while he created four chances on Sunday, to take his season total to a league-leading 146 and the most in a single campaign since 2003/04, only his cross to Olivier Giroud was converted.

Most assists in a BPL season

The Frenchman's hat-trick at Emirates Stadium was his first treble in the English top flight and the 37th scored by an Arsenal player in the BPL. No team have had more hat-tricks in the competition.

It took Giroud's season tally to 16, his joint-best return since moving from Montpellier in 2012.

Ozil has assisted seven of those goals, with no other player combination linking up on more occasions in 2015/16 (level with Dele Alli for Harry Kane, for Tottenham Hotspur, and Troy Deeney for Odion Ighalo, for Watford).