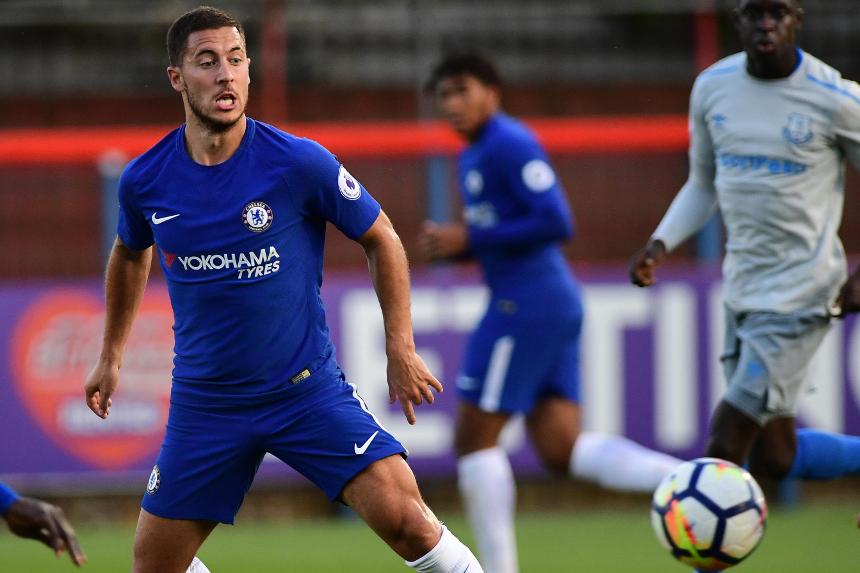 Eden Hazard played 75 minutes for Chelsea as they were beaten 3-0 by Division 1 champions Everton in Aldershot.

Antonio Conte watched on as Hazard continued his return to full fitness after an ankle injury, showing signs of his dribbling ability.

Everton took the lead after 18 minutes when Joseph Colley turned Liam Walsh's cross into his own net.

After the break Walsh was again the creator, setting up Beni Baningime to score from the edge of the area, before Oumar Niasse made it 3-0.