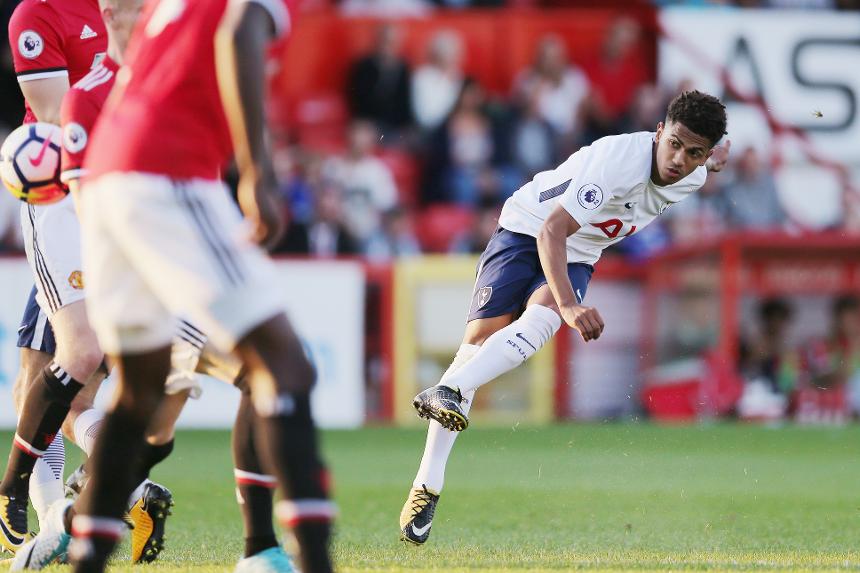 Marcus Edwards set Tottenham Hotspur on their way to a first victory of the Division 1 season, beating Manchester United 3-0 at the Lamex Stadium.

Edwards' 20-yard curled shot (pictured above) opened the scoring in the 11th minute and 60 seconds later it was 2-0 as Japhet Tanganga powered in a header.

Spurs made it 3-0 on 25 minutes when Shaw was dispossessed and Joe Pritchard provided a clever finish.

United started to control the game in the second half but could not convert it into goals.

They next face Arsenal on 8 September while Spurs travel to Everton on 11 September.