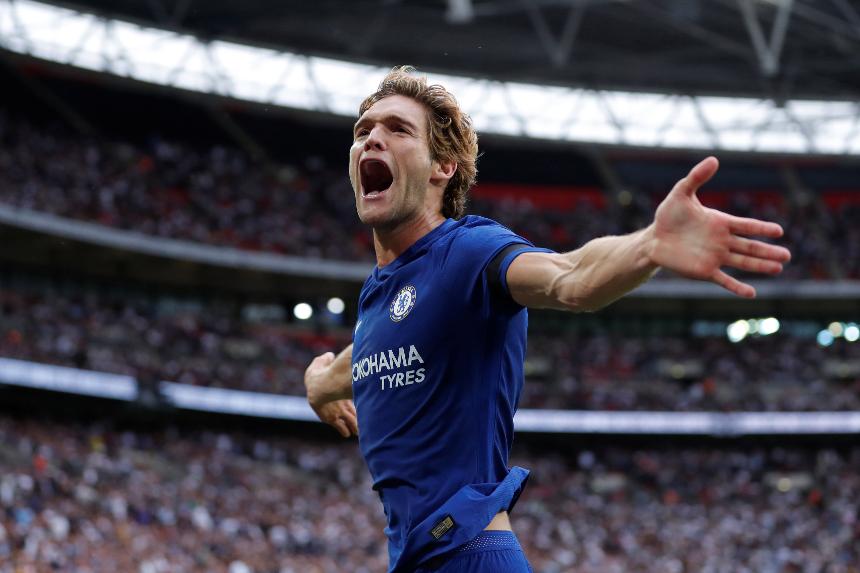 After Alvaro Morata headed wide from close range on his full PL debut for Chelsea, Alonso curled in an exquisite free-kick to put the Blues 1-0 up on 24 minutes.

Spurs pushed for an equaliser, with Harry Kane hitting the post and narrowly failing to connect with Christian Eriksen’s free-kick before heading wide after the break.

Not long after Willian hit the post for the Blues, Spurs did level as Michy Batshuayi headed into his own net from Eriksen’s free-kick in the 82nd minute.

But Alonso struck again six minutes later, beating Hugo Lloris from a tight angle, as the champions earned the first win of their title defence.