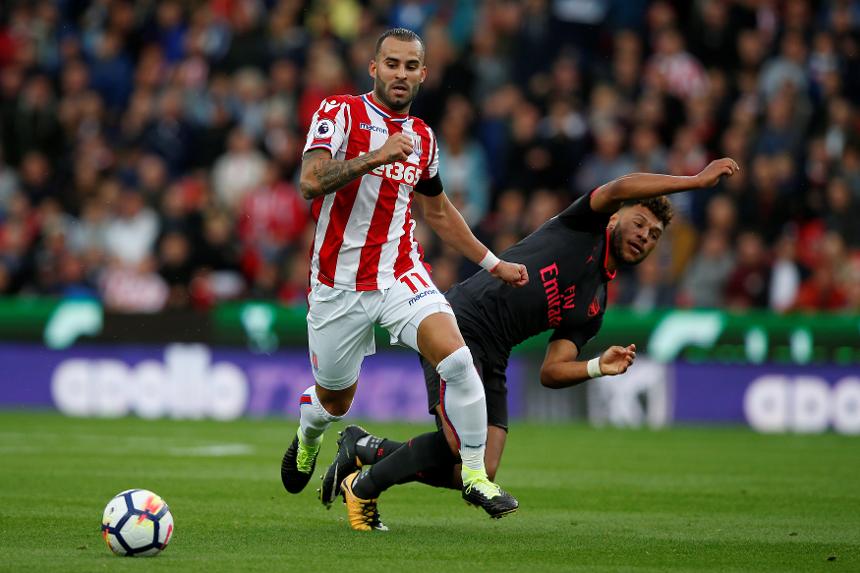 Only five teams in PL history have won with a lower share of the ball than Potters' 22.7% on Saturday

Cech: What frustrated me most against Stoke External Link
Robson-Kanu in select group after goal and red card

Arsene Wenger was left to rue Arsenal’s failure to convert their dominance into goals as they lost 1-0 at Stoke City on Saturday.

Arsenal’s possession figure of 77.3% for the match was the highest Wenger’s team have produced since data supplier Opta started recording such statistics in 2003/04.

As for Stoke City, their 22.7% was the lowest they have recorded in a Premier League match and only five teams have won in the competition with a lower share of possession.

"Credit to them," said Arsenal goalkeeper Petr Cech after the final whistle. "They managed to get the clean sheet even though they were under so much pressure."

The match bore the hallmarks of Burnley's 2-0 win over Liverpool almost exactly a year ago, when the Clarets enjoyed less than 20% possession.

Arsenal completed 531 passes more than Stoke (752 to 221) but that was eclipsed at Turf Moor last season as Liverpool made 848 passes to Burnley’s 210.

Teams to win with least possession