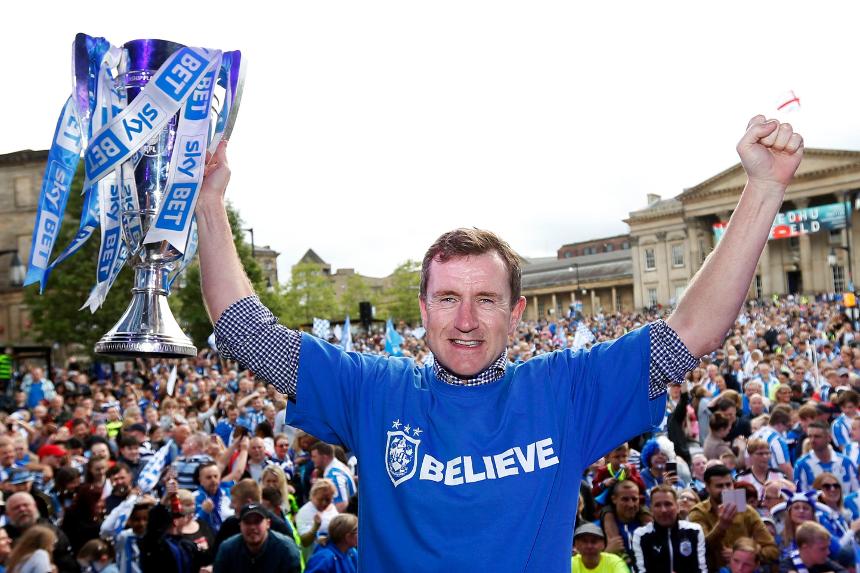 Dean Hoyle will proudly watch on as Huddersfield Town, his boyhood club that he owns, play their first match in the Premier League, hosting Newcastle United on Sunday.

But it could have been so very different, the chairman revealed this week.

As a boy growing up in West Yorkshire in the late 1970s, Hoyle lived midway between two local teams. To the southwest lay Huddersfield Town, to the northeast Leeds United.

Hoyle says that, thanks to the influence of a friend, he got on a bus to Huddersfield’s Leeds Road stadium and never looked back.

“I could've gone to either,” Hoyle says. “Graham Johnson...got me on the bus to go left, to Huddersfield, past the ICI chemical works.”

Once at Leeds Road, Hoyle was hooked, becoming chairman eight years ago.

“On the terrace, lots of grown men,” he says. “The smell of football, it was incredible.”

“[My] first taste of football, really traditional, honest, hard-working club and, yeah, it's close to my heart.”