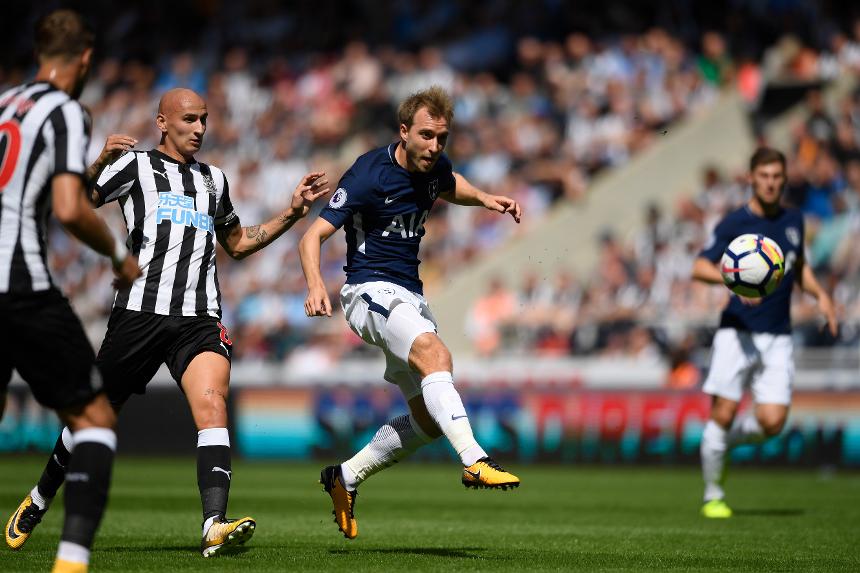 The Scout explains how GW1 bonus points were awarded, with the Dane maintaining edge over Spurs team-mate

Dele and Davies on goals, Sissoko on return External Link

Christian Eriksen (£9.5m) was back in the Fantasy Premier League bonus points in Gameweek 1, maintaining his dominance in this field over Dele Alli (£9.5m).

The Tottenham Hotspur playmaker scored 36 in the Bonus Points System (BPS), again eclipsing his fellow midfielder, who scored 25, despite a goal.

Eriksen supplied two assists to pick up the maximum three bonus points in the 2-0 win at Newcastle United.

He completed 91% of 67 attempted passes, three of them being key.

Although they both averaged 6.1 points per match (ppm) last season, Eriksen earned BPS every 3.9 minutes, compared with Alli’s 4.4. The Dane also scored 30 bonus points to Alli’s 17.

Two Manchester United midfielders also squared up in the BPS, with Henrikh Mkhitaryan edging out team-mate Paul Pogba (both £8.0m).

Pogba’s goal in the 4-0 win over West Ham United was not enough to earn bonus recognition.

His tally of 31 BPS took a hit as he was tackled four times and committed four fouls.

The Arsenal defender earned an additional point in the 4-3 home win over Leicester City.

He completed 84% of 70 attempted passes, provided an assist, and won all four tackles.

Ake also collected a bonus point, despite a 1-0 loss at West Bromwich Albion.

The AFC Bournemouth defender was successful with all four of his tackles and completed 90% of 60 attempted passes.

Liverpool attackers Mohamed Salah (£9.0m) and Roberto Firmino (£8.5m) both recorded a goal and assist in the 3-3 draw with Watford.

But the Egyptian claimed just one bonus point to Firmino’s three. Here's why.

Salah’s BPS tally of 26 suffered from four shots off target and he was also tackled three times.

Despite scoring the Reds’ first goal at Vicarage Road, Sadio Mane (£9.5m) suffered a similar fate, missing out on bonus after being tackled on six occasions, scoring just 18 in the BPS.