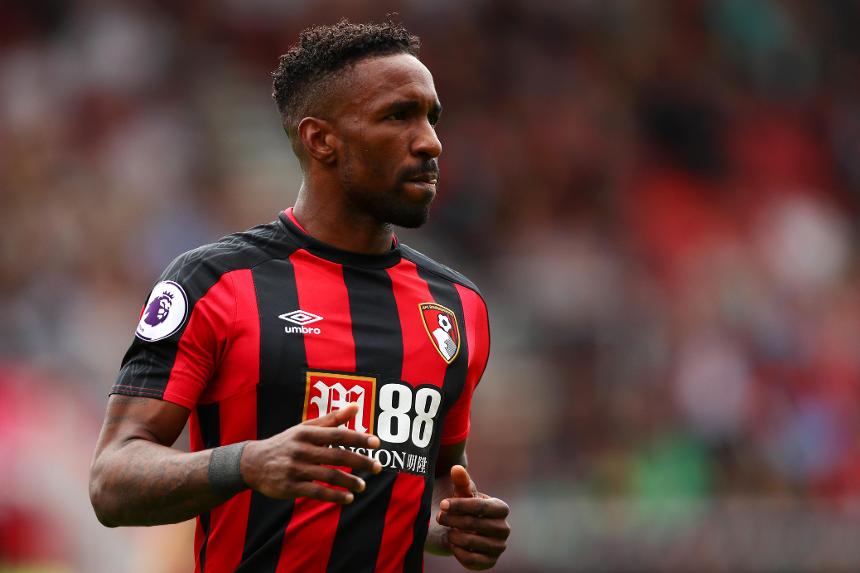 Tactics expert Adrian Clarke assesses how AFC Bournemouth's new signing, who has scored in five of his six club debuts, could fare at West Brom

Aguero and Jesus to strike up at Brighton?
Francis says new signings can help club build
Fabregas the fulcrum as Chelsea start defence

Ahead of each matchweek, tactics expert Adrian Clarke will preview three key areas where matches may be won and lost.

Here he looks at how AFC Bournemouth's summer signing can get the better of West Bromwich Albion's big men.

As a Sunderland player, Jermain Defoe struggled to make an impact against West Brom, failing to find the net in five outings against Tony Pulis's side.

Often laborious in their approach, the Black Cats only managed one goal across those 450 minutes of action, with the forward well shackled by the Baggies' towering defenders.

Given the right kind of service, though, there is no reason why the 34-year-old cannot enjoy success this time around.

Defoe's new colleagues boast more innovation than those he left behind at the Stadium of Light.

With that in mind, leading the line for a Cherries side noted for their fast-paced style and sharp transitions should bring the best out of Defoe.

The key to success in this season opener will be how quickly the visitors can shift the ball and how intelligent their movement is in the final third. If they get those aspects right, Defoe is a master at finding space inside the box.

When opponents keep possession in front of Albion's compact and disciplined rearguard, they are usually comfortable. Boasting height across the back four, the Baggies are happy to defend crosses from deep, or longer balls.

Defoe would have minimal impact if AFC Bournemouth played that way.

How to floor West Brom

It is when the tall Albion centre-backs are stretched or forced to turn towards their own goal that they start to look less at ease.

Very few marksmen in the Premier League are as sharp as the Cherries' new boy from slip passes or cutbacks inside the final third. His acceleration over two or three yards remains outstanding.

So the challenge for Eddie Howe's side will be to get themselves into areas where they can execute those angles of attack.

To deliver another goal this weekend, the south-coast side must try to pull the well-drilled home defenders out of position and avoid methodical build-up play.

It is from counters, swift one and two-touch passing moves and crosses from the by-line where Defoe will pose the most menace at The Hawthorns.

His game is tailor-made for Howe's philosophy but to get off to another flyer in new colours he will need the right type of ammunition.

See: Clarke on how Aguero and Jesus can dovetail at Brighton﻿