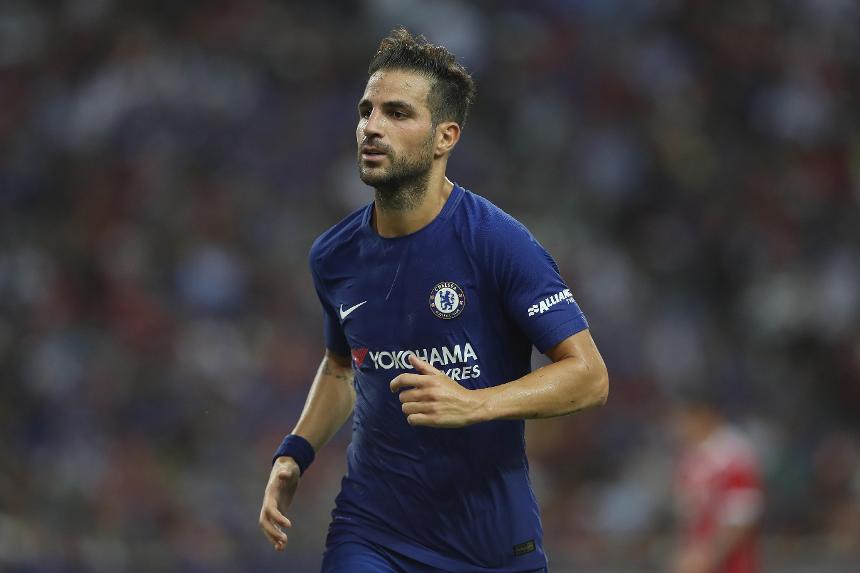 High hopes and kicking on External Link
Season Launch: The best of the action
Vokes: Chelsea chance for us to put marker down

Ahead of each matchweek, tactics expert Adrian Clarke will preview three key areas where matches may be won and lost, starting with a Chelsea player Burnley will be keen to keep off the ball.

Opportunity knocks for Cesc Fabregas in the heart of the Chelsea midfield at Stamford Bridge on Saturday﻿.

With new signing Tiemoue Bakayoko out injured, the Spaniard will be eager to lay down a marker in a contest the Blues will be looking to dictate.

During the second half of 2016/17, Antonio Conte often preferred Fabregas to Nemanja Matic for home matches against teams placed in the lower half of the table.

In matches that Fabregas started, against Swansea City, Crystal Palace, Middlesbrough and Sunderland, the eventual title-winners boasted an average of 66.5% possession.

This dominance of the ball allowed the Spaniard to pull the strings from the middle of the park with his fine passing range.

Fabregas at home to bottom-half teams 2017

Burnley's greatest challenge this weekend will be trying to prevent Fabregas from running the match.

When Chelsea build from deep they will get him on the ball and ask him to release the likes of Willian, Pedro and Michy Batshuayi into space between the lines or in behind. It is something he did wonderfully well towards of end of last season.

The quandary facing Sean Dyche and his midfield - possibly a pairing of Jack Cork and Ashley Westwood - will be how they balance the way they close Fabregas down.

Fabregas delivered 18 through-balls last season from only 13 PL starts and can hurt the Clarets if given time to look up and pick a forward pass. They will try to get close enough to force him sideways with one and two-touch passes as often as possible.

But if they are a yard too slow in their press, or those behind them are not squeezed up with them in unison, Burnley’s midfield will be fearful that Fabregas and his Blues team-mates are good enough to bypass them.

Knowing when to sit and when to congest the space will be critical.

At Turf Moor last term Dyche’s side did a fine job of unsettling opposition players with their coordinated pressing, but on their travels it was a different story.

Collecting only seven points from a possible 57 on the road, the Clarets often failed to inhibit influential opponents as effectively.

It is a big test for them on the opening day. Can Burnley come up with a way of stopping Fabregas from opening them up with his outstanding distribution?

See: Cahill on Morata settling in at Chelsea