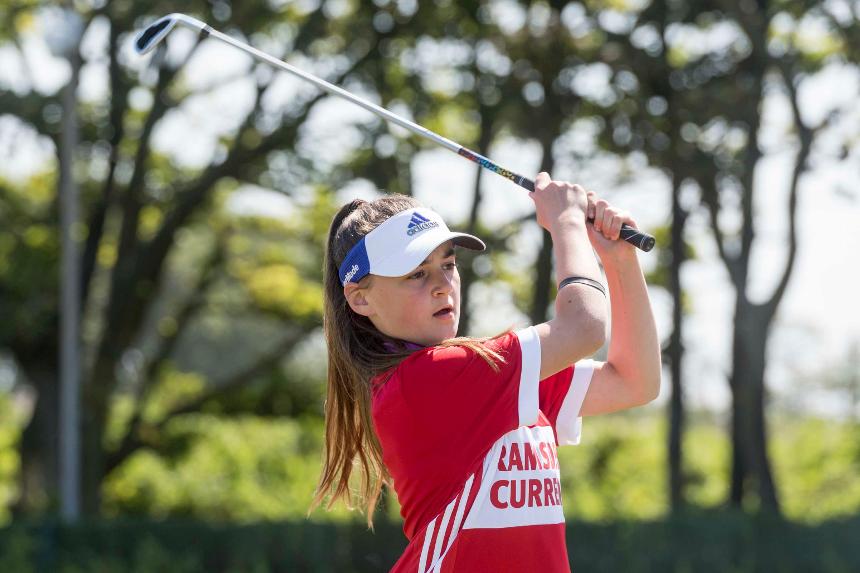 Thirteen-year-old Lily did not have the most positive view of golf, thinking of it as a sport primarily for older people and boys.

But that started to change when she joined the Middlesbrough FC Foundation's PL Golf programme at the end of last year after being encouraged to attend by her dad.

"My brother and I went along and we've been going to lessons every week since then," she says.

Middlesbrough offer sessions at Cleveland Golf Club in Redcar as part of a multi-sport initiative funded by the Premier League and supported by the Golf Foundation, which uses the power of professional clubs to inspire young people to get involved in different sports.

"I didn't really know how to hold the club properly, so they taught me everything - how to stand, how to hit it, how to use different clubs," says Lily.

"I've grown in confidence and become a better golfer. I'm surprised at how quickly I've improved.

"In the lessons they make it more fun and appealing to kids than just learning golf. You do different activities that help you, and then we do our shots.

"I help people as well now during the sessions. I didn't really do that at the start because I didn't know what to do, but now we all coach each other.

"I like it more as a sport now. You see it on TV and think 'it's all right' but then when you do it yourself, you love it.

"Before I thought it was for older people and boys but now I feel it's for me too."

Lily was rewarded for her progress with a place in the team that represented Middlesbrough at the National StreetGolf Final, run by the Golf Foundation and the Premier League, at Formby Hall in Liverpool last week.

"It was quite a surprise," she says. "If someone had told me when I first started that I'd be here, I would say 'are you having a laugh?' I wouldn't have believed it.

"I was a bit nervous but once I knew it was going to be beginners like me I was all right. Everyone's on the same level. It's been really fun because I got to meet other kids who have just started.

"I've been to three competitions and it makes it more fun because you're competing with other people. I'm going to carry on playing.

"I am a Middlesbrough fan and it's good to be wearing the shirt. I'm really proud."

Lily got a further reward as she won one of two prizes for fair play and conduct during the tournament, being presented with a bag of clubs from 2010 Open champion Louis Oosthuizen, who took time out from his preparations for this year's tournament to watch the young people play.

"I was shocked," says Lily. "I was doing all right but I didn't really think I was worthy. I was really proud of myself. I had a big smile on my face, and butterflies."

There was one additional treat for the finalists - a trip to nearby Royal Birkdale, which is hosting The Open Championship this week.

"It's really fun because you get to see the professionals practising," says Lily.

"It's fun to watch them and also take in what they're doing, to learn from them. That might be me in a few years, or some of the other people who have been here. You never know."