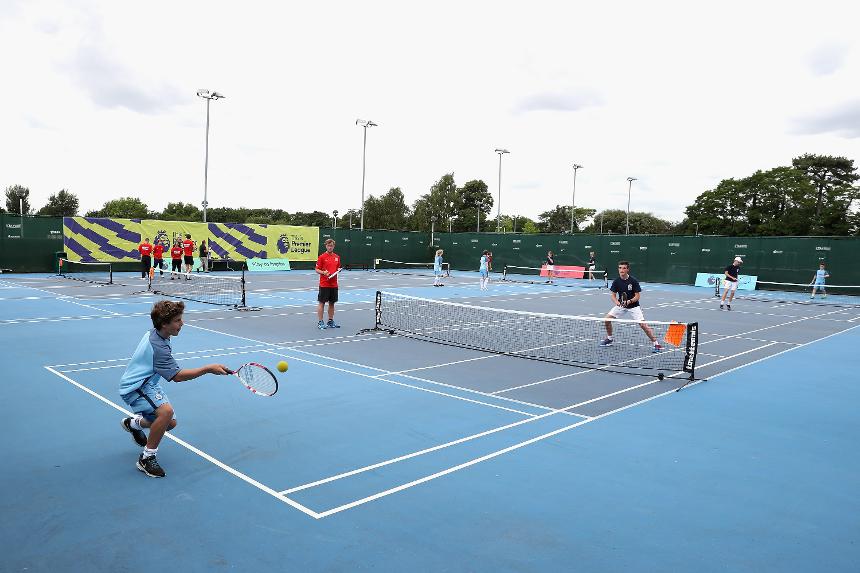 ﻿There is a new name on the Premier League Tennis National Tournament roll of honour after Manchester City claimed victory in the 2017 event at the National Tennis Centre on Thursday.

The team of Bella, Mae, Max and Jude won the fifth edition of the touch tennis competition after beating Blackburn Rovers in the final to round off a dominant display in Roehampton, London.

The team, who all take part in City in the Community's PL Tennis programme, won each of their group games before beating Middlesbrough and Swansea City in the knockout stages.

"My match in the final was difficult and it was quite tense at the end because I didn't know how anyone else had done," said Max, who has been with City in the Community for three years.

Bella from @citctweets is transferring her court skills to the classroom pic.twitter.com/EGUf5QKNgS

"It's a great feeling to win. We have worked for this all year. We have helped eachother through with practice and tactics and we have stuck together as a team."

Fifteen four-player teams travelled to Roehampton to take part in the tournament, which gives young people the opportunity to represent their club at the home of British Tennis and showcase the skills they have learnt during the year.

And after a competitive morning playing the timed touch tennis matches, the teams were given the chance to watch the professionals at work as they went to soak up the atmosphere at Wimbledon.

"A lot of my family were jealous about me going to Wimbledon but they are very proud of my hard work and that I have had this experience," said Maisie, who competed for the Chelsea team.

"It's amazing to play at the National Tennis Centre and to see where the professionals train. I have really enjoyed the tournament and I'm inspired, I'll definitely carry on with tennis when I get home."

Tennis is one the activities included in the Premier League multi-sport programme, which began in 2009 and uses the appeal of professional clubs to encourage young people to take up different sports.

The Premier League and the Tennis Foundation began their partnership in 2013, allowing British Tennis to engage young people who may not have considered the sport previously.

There are 22 Premier League and Football League clubs who run PL Tennis, and since 2013 7,086 young people have taken part in the programme.

"For us, to be able to use the clubs to deliver high-quality tennis and then to give the children a chance to come down and compete and play at the National Tennis Centre is priceless."