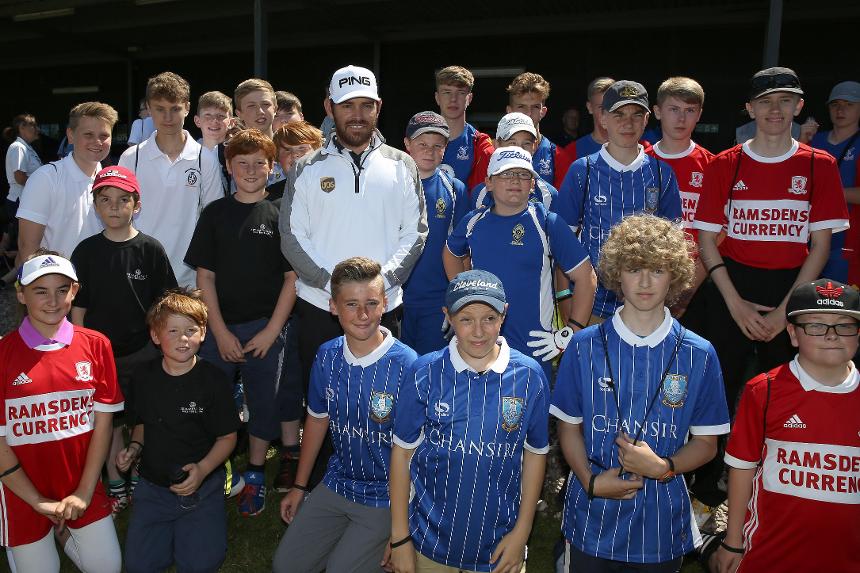 Louis Oosthuizen saw how the Premier League and the Golf Foundation are inspiring the next generation of golfers when he visited the National StreetGolf Final at Formby Hall Golf Club on Monday.

The South African golf star took time out from his preparations for this year's Open Championship, taking place just up the road at Royal Birkdale this week, to see the work of the Premier League Golf programme, which uses the appeal of professional clubs to encourage young people to take up the sport.

The 2010 Open winner watched the action, presented medals and met the players and here, he describes the importance of getting youngsters involved in the sport.

"The Premier League is massive and for it to get involved with golf is a great thing," he says.

"You've got a great thing going here. Seeing the kids playing golf in their football kits, it's good, it's fun.

The 2010 @TheOpen winner has taken time out of prep for Royal Birkdale by chatting to our #PLGolf finalists pic.twitter.com/06SwWP5skw

"The last thing you want is for kids to feel like they're little robots trying to play golf. You want them to have fun and that's the main thing. I think a few times people forget that and they're too hard on kids playing golf.

"I've got three kids and it's a challenge getting them off their screens. I think it's important to get them out and sport is a great way to do that.

"Anything growing the game of golf with kids is unbelievable. I've got my own foundation back in South Africa, my own academy where I try to get youngsters into the game.

"But I also try to teach them life skills; the things you need to go around not just your own country but around the world.

"You're probably not going to have a more honest sport than golf. You call penalties on yourself, if you're an honest person, and I think that teaches you a lot about yourself when you play this game.

"When it comes to bouncing back from disappointment, I've been playing since I was 10 years old and I still don't know how to do it sometimes!

"It teaches you a lot of things - patience, and not getting down on yourself, because the next shot can be a great one.

"I just want the kids to have fun and, more than playing golf to think they're going to make a living out of it, to see that it's a fun thing and enjoy the game.

"You don't have to be a professional. It can open a lot of doors for you.

"My advice to these youngsters would be to just plod on, especially with a sport like this. You don't have to be young to be a superstar.

"It's probably one of the few sports where you can come through as a 30-year-old or 31-year-old and really shine. You've got lots of time to do really well.

"If you're determined and practise hard, you can achieve anything."

See: The best photos from the National StreetGolf Final﻿