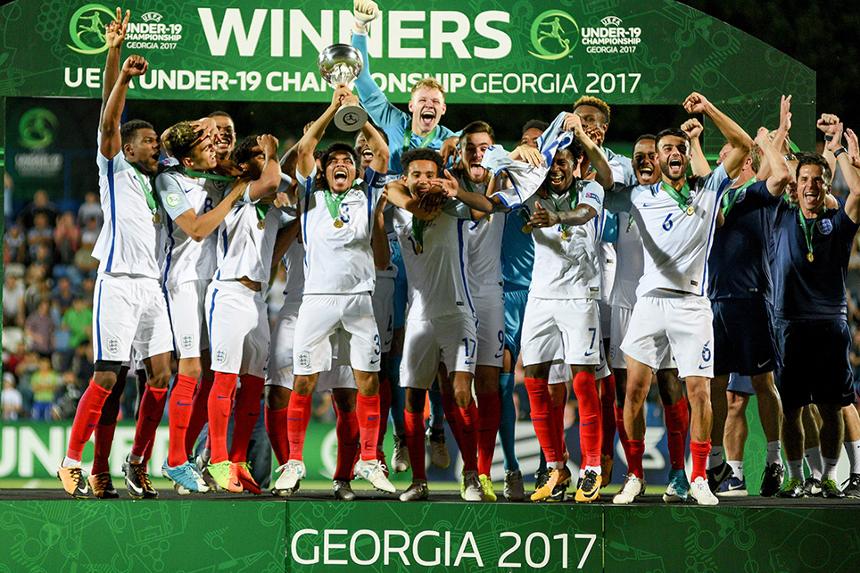 Nmecha slotted in from a pass by Chelsea's Mason Mount on 68 minutes.

The midfielder for the Blues' Premier League 2 team also set up the opener, with his free-kick hitting the post and falling for Aston Villa's Easah Suliman. Dujon Sterling had scored an own goal to draw Portugal level.

Read all about it! 🗞 https://t.co/avBhVQqfAr