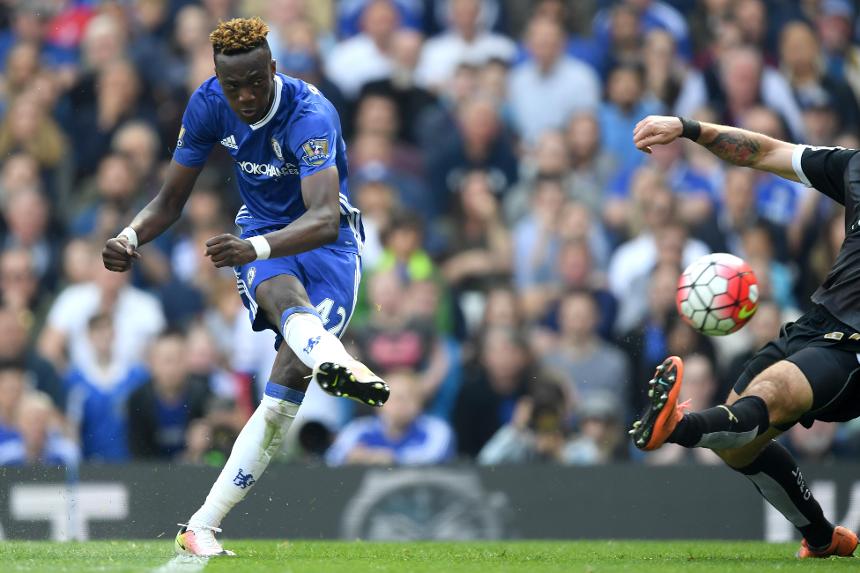 Ahead of Tammy Abraham's loan to Swansea City, a former academy head at Chelsea told Sky Sports' Adam Bate about what made the 19-year-old so special.

Abraham’s physical attributes are such that he stood out at an early age. He was taller, stronger and quicker than his opponents. But technical work was needed to harness his full potential, says Adi Viveash, the former Chelsea development squad manager.

"He is a born winner who wants to win everything, whether it’s a game of tiddlywinks or out in the back garden playing against his brother,” Viveash told Sky Sports. “It’s just how he’s made.”

"When he first came to me having left the under-18s, he needed a lot of work in that first year on his back-to-goal play. He needed to be stronger at that.

"He had been playing in a kid’s league against lads who were 16 and 17. Then he went to the under-21s and sometimes we were playing against older guys or players who were 23.

"He needed that experience. He needed to be knocked around a bit. We did a lot of back-to-goal work and that’s been the biggest improvement in his game.”

For example, it was Abraham’s hold-up play that was crucial for England’s winner against Slovakia in the UEFA Under-21 European Championships this summer.

"The way he led the line out on his own was excellent at times,” former England striker Alan Smith told Sky Sports.

Stuart Pearce agreed. “He was being roughed up a fair bit by the defenders but the ball stuck 99 per cent of the time,” the former England Under-21 coach said.

With Abraham accustomed to playing in a dominant Chelsea youth side, his defensive play was not quite so developed. But Viveash says that is no longer the case after a year on loan at Bristol City.

"When he was being bullied by 30-year-old Championship centre-halves who are good players, he just got up, got on with it and scored," Viveash says. "So he’s really improved on that side of the game. He works very hard for the team.”

"Tammy is a very, very strong character. He believes that he is the best and to be fair to him, his record shows that he has an excellent chance of being a top player.

"He believes he will get to the top and he is prepared to work very hard in order to get there. He loves scoring goals and he is a winner.”

So, can Abraham score goals for Swansea City in the Premier League?

"Of course," Viveash says. "The Premier League is no game of tiddlywinks and it’s not a one-on-one with his brother in the back garden, but Abraham will approach the task with the same appetite nevertheless.

"He will be looking to score – and to win – for Swansea. It’s a big challenge.

“But he’ll certainly be up for it, there’s no doubt about that.”

Read about the shock Bristol City manager got when he rested Abraham at Skysports.com