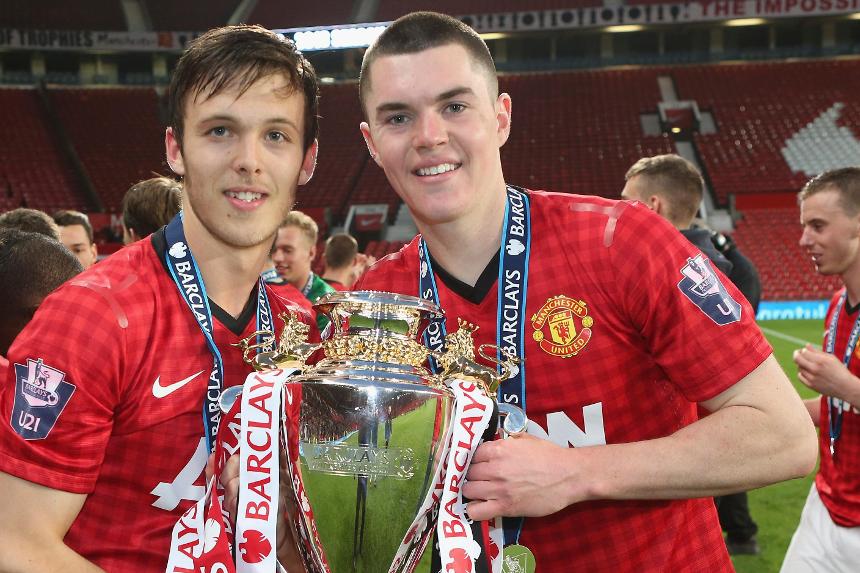 Keane: "Everton Is The Perfect Club For Me" External Link

Ahead of Michael Keane’s transfer to Everton, Sky Sports’ Nick Wright spoke to Paul McGuinness, a coach who brought him through the ranks at Manchester United and explained how the defender overcame late development to become a £30million player.

Keane's rise to attract the attention of the Premier League's top clubs has taken years of hard work and sacrifice.

"He was always a little bit behind the others. He had to fight to cling on to their coat tails, if you like, but in a sense that was an advantage for him. It helped develop his determination and resilience.

"When he was 15 or 16, he had a big growth spurt. He became gangly and uncoordinated."

The physical changes impacted his game.

"Some people were wondering if he was good enough because he wasn't playing well," says McGuinness.

"But part of the reason for that was that he couldn't control his limbs. If your legs grow two inches and you've not yet got the core strength to look after your body, you start miscontrolling the ball and you can't turn as freely.

"At another cub Michael could easily have been out, but we had seen he was a learner, he worked hard and he was determined. It would have been unfair to release him at that point. He was changing from a boy to a man."

Instead of signing a full-time scholarship like his brother, Will, Keane was given part-time terms. "He was a year behind in terms of his physical development," says McGuinness.

"We thought training with the U18s every day would be too much for him, so we told him to stay in sixth-form at St Bede's College and come in to train with the year below."

Keane was determined not to be held back, and convinced McGuinness to give him one-on-one sessions after school.

"He had to re-learn how to move," says McGuinness. "We did very basic technical exercises: heading, clearing the ball, defensive footwork, moving forward and back."

Sir Alex Ferguson was also aware of his potential from an early age and handed Keane a first-team debut in a League Cup tie with Aldershot in 2011.

But his prospects never looked so bright under David Moyes or Louis van Gaal.

The move to Goodison Park will present new challenges and new obstacles, but Keane has never been one for feeling overawed. "He's a good learner, he's disciplined and he's got great ability," says McGuinness. "The next step won't be easy, but Michael is ready."